After Dhadak, Ishaan Khatter will be a part of a horror-comedy Phone Bhoot starring Katrina Kaif, and Siddhant Chaturvedi in the forefront! The trio will be coming together for a film that promises to be a hilarious entertainer. This is the first time they are working together and Ishaan is looking forward to share screen space with Katrina. 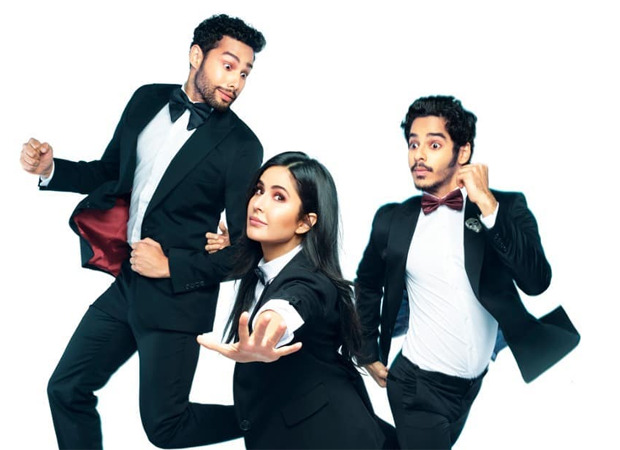 Speaking to a daily, Ishaan said that Katrina Kaif is a senior in terms of work and experience. He said he looks up to her and that he has been waiting for years to work with her. Recalling the announcement shoot that they filmed together, he is looking forward to working with her and bringing different energies to the set. He called her quintessential glamourous diva.

Since he has not done horror or comedy before, Ishaan is excited to be exploring new genres. The makers are planning to kick-start the film by the end of the year. Ishaan said that he hopes the situation is improved by the time they begin shooting. He said that they will adhere to guidelines but as actors, he added that they can’t get too caught with safety and sanitization since it will reflect in their work.

Phone Bhoot is a supernatural comedy produced by Excel Entertainment’s Ritesh Sidhwani & Farhan Akhtar, directed by Gurmeet Singh, and written by Ravi Shankaran and Jasvinder Singh Bath.  The team will begin shoot later this year and the film is scheduled for a 2021 release.