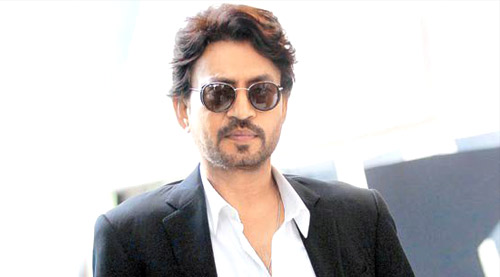 Irrfan Khan is in the midst of another super-hectic year. He has just completed and released Shoojit Sircar's perky and warm Piku and is about to start work on his next international project, director Ron (Forrest Gump) Howard's adaptation of Dan Brown's bestseller Inferno.


Irrfan Khan was in Budapest to become familiar with the cast and crew of the film. "The director Ron Howard and my co-actors Tom Hanks and Felicity Jones were there. It was meant to be an occasion for the whole team to get familiar with one another."


Irrfan is not certain about the length of his role in Inferno. "I've read the book. So I know my character. How much of it will remain in the film, I don't know. But I can tell you my character has to do with Intelligence."


The intelligent actor refuses to get bogged down by issues of his character's nationality in Inferno. "I am yet to figure out where my character belongs. It's not important to me. How does it matter where my character comes from? Do you know where Batman or Spiderman belongs?"


This kind of preparation Irrfan encounters abroad has seeped into Hindi cinema as well. "It depends on the subject. Some films need this sort prior preparation. Other films need a more spontaneous approach."


Irrfan has wrapped up work in another Hollywood project Jurassic World, the latest installment in the Jurassic Park series.


He will take time off from his hectic schedule in India to attend the premiere in Paris or Los Angeles. "I will attend one of the two premieres since I don't have time for both"


Fim projects take Irrfan to every part of the world. He still considers himself a hungry actor. "I grab every challenging role hungrily and try to give it my best shot."


Speaking about has busy schedule Irrfan says, "Nowadays the amount of time taken to promote a film takes up a very large chunk of my time. It's a challenge to be going through the exercise repeatedly."


Irrfan is keen to do a film for kids. "We are not really making the kind of films that we should be for children. The Hollywood films that they see have a kind of ferociousness about them. Our strength as a
nation is completely different. We need to focus on children."

Asim Riaz gets mobbed in Kolkata by fans;…