Hrithik Roshan is not only an ace actor but is truly one of the best dancers we have in the country. His dancing skills have inspired a lot of people. The actor has shown his dancing skills since his debut in Kaho Naa Pyaar Hai. Just recently, he mesmerized the audience when he performed at the opening ceremony of IPL 2018. 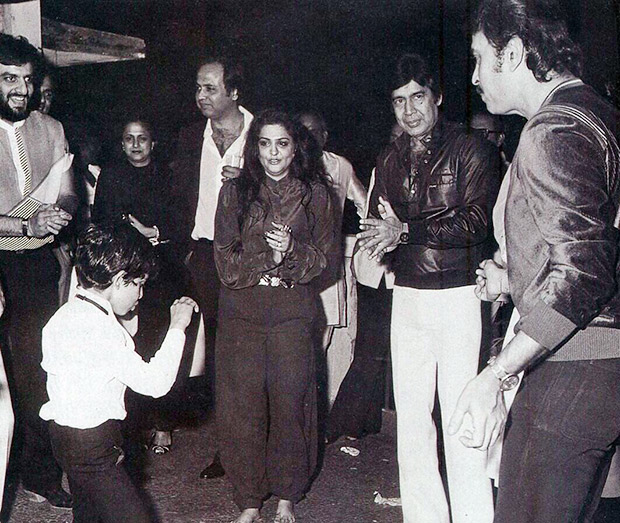 Hrithik Roshan, who is one of the best dancers we have in Bollywood, took to his social media and shared a throwback photo clicked in the year 1982. In the photo, the handsome actor is seen dancing to Michael Jackson's iconic Thriller song. In the photo, he is suited up and dancing his heart out while his parents Rakesh Roshan and Pinky Roshan are staring at him. Hrithik captioned the picture, "1982. MJ’s Thriller has just released. That’s an inspired 8 year old me doing nonsense but to mom n dad I was Jackson that night."

On the work front, Hrithik Roshan will next be seen playing the role of mathematician Anand Kumar in Vikas Bahl's directorial titled Super 30.  For the uninitiated, Super 30 is based on the academic initiative started by mathematician Anand Kumar that made him popular. The Patna based scholar every year selects 30 smart but underprivileged students to help them crack the JEE tests for IIT [Indian Institute of Technology].

Hrithik Roshan will be later seen in YRF's next alongside Tiger Shroff. He is also going through several projects at the moment. He reportedly might say yes to Rajkumar Gupta’s next which is touted to be a spy thriller based on the real incidents based on a life of a RAW agent. Arjun Kapoor might star in the project with Hrithik. He is also considering Rohit Dhawan’s next directorial.