To anyone who refers to the iconic producer-director J Om Prakash as Hrithik Roshan’s maternal grandfather, one can only say, ignorance is bliss. J Om Prakash blazed a glorious trail with his superhit slew of films from 1961 when he first produced the Rajendra Kumar-Vyjanthimala starrer Aas Ka Panchi. The film and its songs were runaway hits and Omji was back producing Ayee Milan Ki Bela three years later, again a hit. 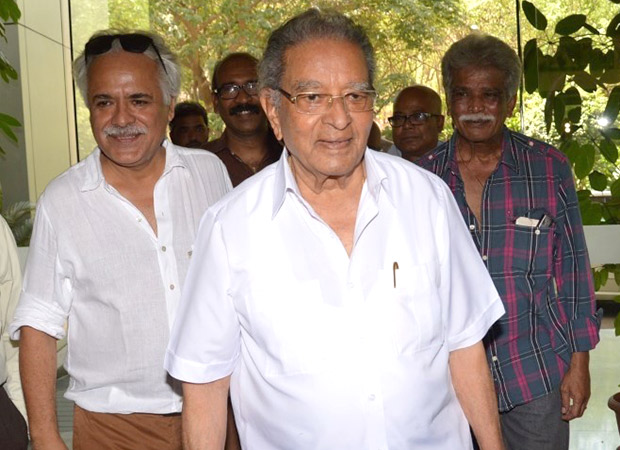 With Aaye Din Bahaar Ke and Aaya Saawan Jhoom Ke (both featuring Dharmedra and Asha Parekh) following in quick succession , Omji acquired the reputation of a hit machine with chartbuster music largely composed by Laxmikant-Pyarelal. In 1972 Omji produced Aankhon Aankhon Mein with his son-in-law Rakesh Roshan in the lead. But somehow Omji films with his son-in-law never clicked, and that goes for Aakhir Kyon and Aap Ke Saath as well.

The big superhits of J Om Prakash in the 1970s starred Jeetendra. Beginning with Apnaapan in 1977 J Om Prakash and Jeetendra teamed up for four other films including the 1980 blockbuster Asha. “We had a terrific rapport,” Jeetendra recall fondly.

Asha Parekh who did two back-to-back hits Aaye Din Bahaar Ke and Aaya Saawan Jhoom Ke with Omji remembers him as a gentleman. “He was soft-spoken and very knowledgeable about cinema specially music. The songs in the two films I did with him were all big hits.”

Omji worked with many major stars including Rajesh Khanna in Aap Ki Kasam, Aakarman and Aakhir Kyon. But his favourites were clearly Jeetendra and Reena Roy. While the world saw Reena as a oomphy glamour girl Omji cast her in strong dramatic parts in Apnaapan , Asha and Aadmi Khilona Hai.

In 1974, after producing a gallery of hits as a producer (including, believe it or not, Gulzar’s Aandhi) Omji finally turned director with the hit Aap Ki Kasam, featuring Rajesh Khanna and Mumtaz. To this day this film is remembered for its scintillating soundtrack by R D Burman including ‘Karvatein Badalte Rahe’ (shot in Kashmir), ‘Jai Jai Shiv Shankar’ and the quasi-philosophical Kishore Kumar classic ‘Zindagi Ke Safar Mein Guzar Jaate Hain Jo Muqaam Wohphir Nahin Aate’.

In his distinguished 40-year career as a movie maker J Om Prakash broke many rules and also made new rules. If he directed a disaster called Aashiq Hoon Baharon Ka in 1977 (shot in foreign locations with Rajesh Khanna and Zeenat Aman) he also produced and directed the monster hit Apnaapan during the same year.

Prolific and passionate, Omji’s cinema is far more valuable than we think.

Chartbusters from the films of J Om Prakash