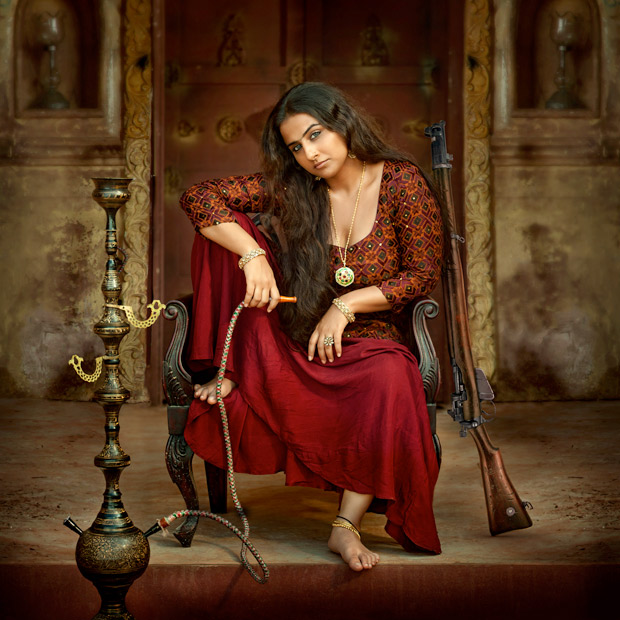 The fiercely against-the-tide surprise-quotient of Mahesh Bhatt hasn't been matching most of the films that he has produced in the last few years. There was always this hope in the heart that wahi subah (Arth, Janam, Saraansh, Zakhm, Tamanna, Daddy) kabhi phir to aayegi. I watched the promo of Vidya Balan propelled Begum Jaan today along with some tempestuously gripping scenes from the film and the great news is that vintage Bhatt Sahab is back with a glorious epic. It is not easy to back a film with the contentious India - Pakistan partition theme especially in today's time when the watchdogs of make - believe history are sitting on the sidelines waiting to get offended on anything and everything. So, hats off to Mahesh Bhatt and Mukesh Bhatt for backing a film like this made by the brilliant writer director Srijit Mukherji.

The promo and the footage of Begum Jaan hit me with a Tsunami of multiple emotions. Vidya Balan seems to have delivered a performance that shall be reckoned with the same performances as Nargis' Mother India or Shabana Azmi's Godmother. Her sense of power stems from a fierce love for her independence. More than the dichotomy of freedom from British and stabbing a country into two parts, Begum Jaan fights for her right to retain the plot of land, the brothel that belonged to her. The promo and the footage raises questions on why the expletives are only about women and how the division on the basis of religion is simply baseless despite any number of scholarly or historical arguments against it.

Bhatt Sahab and Srijit informally spoke to a select group of senior journalists today after the screening of the promo and the footage of Begum Jaan. Bhatt Sahab revealed that the film has been cleared by the CBFC with no cuts and they requested to change two words. When I asked him if the film will release in Pakistan, he said that hopefully it will, since the film involves history of both the countries. Begum Jaan is based on the Bengali film Rajkahini directed by Srijit. Bhatt Sahab revealed that Begum Jaan goes much beyond the Bengali original and they are two different films. The film also stars Naseeruddin Shah, Ashish Vidyarthi, Rajit Kapoor, Gauhar Khan and Pallavi Sharda. The promo of Begum Jaan will be launched at an event in Mumbai on March 14.