Last Updated 27.01.2020 | 9:27 AM IST
feedback language
follow us on
Home » News » Bollywood Features News » “The important thing is to be part of good films, not where they are coming from” – Farhan Akhtar 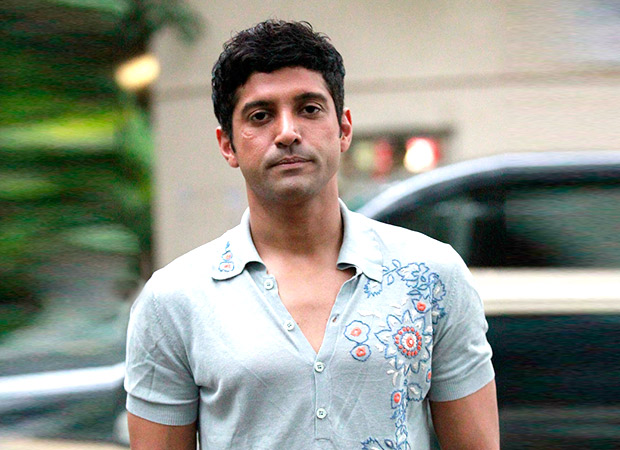 Farhan Akhtar has moved on after Rock On 2. He will next be seen in a film produced by Nikhil Advani titled Lucknow Central to be directed by debutant Ranjit Tiwari.

Farhan’s co-star in the film to be shot in Lucknow is Kriti Sanon. She has already shot extensively in the city for Ashwini Iyer Tiwari’s Bareilly Ki Barfi.

Chuckles Farhan, “Oh, has she? Good. She can introduce me to some of the yummy food that Lucknow is famous for. This is my first time in Lucknow. And I’m really looking forward to it.”

Farhan Akhtar and his producer-partner Ritesh Sidhwani’s two back-to-back releases Baar Baar Dekho and Rock On 2 have underperformed at the box-office. This in no way encourages them into taking the sulk route. Far from it. Says Farhan, “We’re currently producing Fukrey 2 and then we go into Reema Kagti’s Gold with Akshay Kumar. Setbacks happen to every production house .Why should we sit back and sulk about it? We’ve always moved at our own pace and rhythm. After we produced Reema Kagti’s Talaash we had a very big break in releases until Zoya’s Dil Dhadkne Do. Since there was so much pre-production work to be done on these films.”

Farhan says he has no burning ambition to act in every film that his production house produces. “If someone comes to us to produce a film and wants me to act in it, and I like the script why not? Inversely, if I am offered a film by an outside producer I’d do it just as well. So there is no hard and fast rule. The important thing is to be part of good films, not where they are coming from. Like I am doing Lucknow Central. I would have done it no matter who produced it.”