IIFA 2018, a three day bonanza with biggest Bollywood celebrities, concluded in Bangkok yesterday. Late veteran actress Sridevi won top honours for her last film Mom along with Irrfan Khan for Hindi Medium. Apart from this, electrifying performances by Bollywood hearthrobs Arjun Kapoor, Shraddha Kapoor, Kriti Sanon, Varun Dhawan, Kartik Aaryan, among others were the high points of the evening. But guess who stole the show? Veteran star Rekha returned on stage after two decades and mesmerised the masses with her timeless performance on - Salaam-E-Ishq! Her grace and poise on stage are still unmatched and she still holds the power to hypnotise you with her captivating performance. 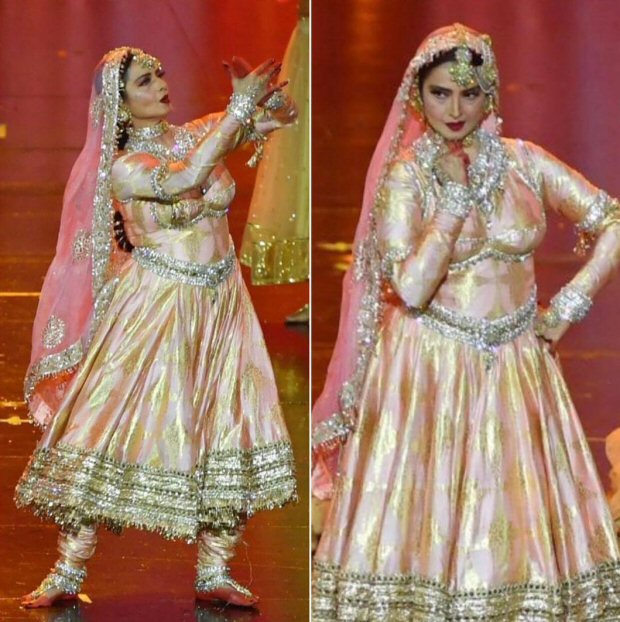 Towards the end of this scintillating show, all the younger stars joined her in on stage including Ranbir Kapoor, Varun Dhawan, Arjun Kapoor and the girls Kriti Sanon and Shraddha Kapoor. It was exciting to watch Ranbir match his steps with this evergreen legend! Check out her performance down below!

This year, IIFA honoured and paved tribute to two of the most celebrated actors of Indian Cinema the legendary Shashi Kapoor & Bollywood diva Late Sridevi. Boney Kapoor was in tears while accepting the award on behalf on his wife and so was Sri’s co-star Nawazuddin Siddiqui. Everyone was choking on emotions as Anil Kapoor, Sri’s brother in law and her co star for many films, gave a beautiful, heartbreaking tribute to her. Check out all the action that went down at IIFA 2018.