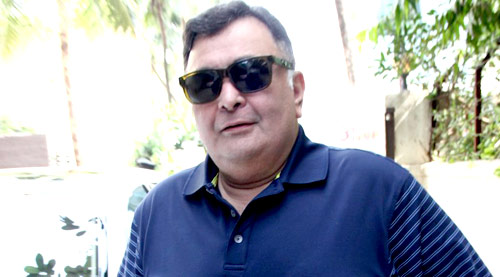 Rishi Kapoor is outraged by way popular awards are being doled out to all and sundry. "I couldn't believe it when they recently gave an award to Parineeti Chopra for losing weight. Can someone please give me an award for gaining weight?" quips the irrepressible Kapoor.


Rishi Kapoor doesn't believe in the popular awards. "I never did believe in them. It's gotten much worse now. I use awards trophies as doorstops in my home. What they have done to film awards is truly tragic. They've reduced them to trivia. Shameless. Agar sabko khush karna hai toh phir award ka matlab kya hua? (If they are only given to please everyone then what is the relevance of awards?)".


Rishi laments the commercialization of the awards. "It's all for the television now. One or the other of these awards keep playing in some corner of the world. I've personally seen our awards functions being televised in Mauritius, New York, Los Angeles and many other parts of the world."


The actor continues to be outraged by the commercialization of the popular awards. "Can you believe it, for one popular awards function they actually sold tickets prices at 40,000 rupees."