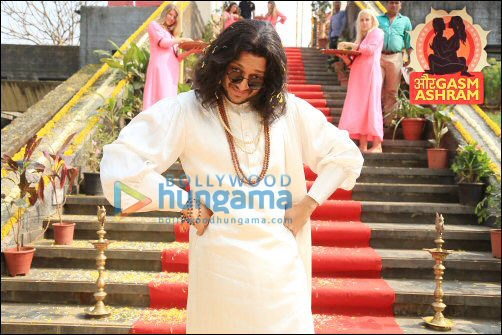 today. While some of you may be wondering why we missed out counting Riteish Deshmukh in the cast, well that's because the actor only features in one track

and few scenes in the film. However, we bring you a sneak peek at Riteish's look as the 'Love Guru' in Mastizaade.

fairer sex. But the highlight of Riteish's cameo is his summation of who exactly is a 'Mastizaade' with the dialogue, "Jise duniya kehti hai haraamzaada,


While apart from this Riteish will also be seen doing an item number in the film, Mastizaade which is written and directed by Milap, is produced by