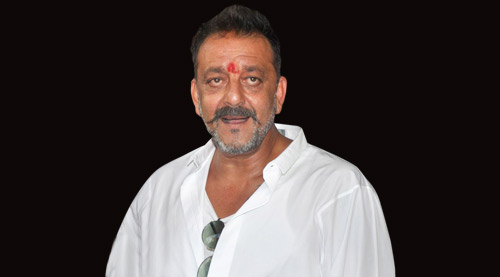 Sanjay Dutt got nothing short of a hero's welcome on Thursday afternoon when precisely at 1.30 pm he reached his home in Pili Hill, Mumbai. The entire Nargis Dutt Road where Sanjay Dutt's bungalow is situated was saturated with admiring fans shouting, "Baba! Baba!"


Says a friend of Dutt, "It was surreal. A surge hailing the hero's home-coming! Nobody expected this kind of welcome. All of Sanju's closest friends were there to receive him. Then there were the fans and press persons. There were at least 2,000 people outside his home."


Says Dutt's friends, "From the time Sanju arrived home, his colleagues and friends kept streaming in non-stop. Maanyata played the perfect hostess serving endless cups of tea with biscuits. And for those guests who wanted food the kitchen was functioning non-stop."


Dutt himself seemed mellow, at peace while hugging colleagues and friends he kept saying, "It all feels unreal. I can't believe I am finally free. I feel I am still out on furlough. God has been kind."


While meeting guests and receiving calls from colleagues like Ranbir Kapoor and Abhishek Bachchan who could not make it to the Dutts' residence immediately, Sanjay Dutt also took time off for quick meetings with his new marketing team headed by producer Madhu Mantena.


And hours after he was home it was time for the press conference.


Says the friend, "Maanyata rushed inside, got Sanju a spotless white shirt to change into. Sanju then went down for the press conference. He had the press completely charmed, Being away (no one in his vicinity is allowed to use the 'J' word for his stint away from home) Sanju has not lost any of his charms."


Cutting down all talk of a party or a celebration for his home-coming the friend says, "There will be no party. Sanju has forbidden it. When someone asked him about it Sanju quipped, 'Celebration for what? Have I won the World Cup?"


For the next three days Sanjay Dutt will "just chill" at his home soaking in his newly-retrieved freedom and spending time with his wife and kids.