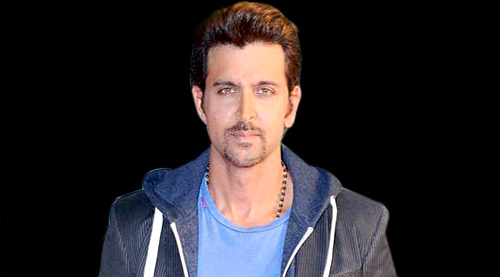 Bang Bang has managed a stable run at the box office with over 150 crore coming in by close of the second weekend. With no competition this week and even the next, the stage is set for the film to continue finding an audience till the arrival of Shah Rukh Khan Happy New Year.

For Hrithik Roshan this is a high indeed as there was a time period during the making of the film when it was uncertain whether it would get completed soon. His surgery and personal problems did take a toll on him for a while and Hrithik had a task in hand indeed. He chose Bang Bang as the priority of his life and rest, as they say, is history.

After a troublesome period, today Hrithik Roshan is at his cheerful best, while also happily reflecting at things that pulled him all back at every nook and corner, even as he shrugged his way past all the deviations and diversions. What he chose over anything and everything else was movies, with Bang Bang topping the list.

"I choose films where through the characters that I play, I can bring in my own reflection. Thankfully, my profession allows me to get a platform where I can express myself as a person. Also, I don't do films because of money. Now it is about making a contribution to the world where I believe that I can inspire people by giving them hopes and dreams through my films. I want to show them that impossible is nothing, fear is nothing, and all you have to do is keep moving forward," says Hrithik in an inspiring tone.

It was tough to still rise though.

"It was, but then I applied a simple philosophy, though it was difficult to implement for sure," he smiles, "Hota kya hai that when we are struggling, we do end up asking 'why me, after all, I am a good guy?' But then I refrained from doing that because agar aise socho toh answers would always be in negative. I didn't ask why life was unfair because my perspective was that by virtue of it, life is supposed to be unfair."

Getting a tad philosophical with a touch of humor, he adds, "To be asking for life to be fair is like asking a tiger not to eat you because you are a vegetarian. Arrey par woh toh khaayega hi! I used to watch a lot of National Geography and Discovery channels; even in nature you see that when a calf is eaten by a lion right in front of its mother, all she can do is see it and then rush away with the herd in 30 seconds flat. You can't beat nature; and so have I discovered. So instead of asking the wrong questions - which we end up doing when we are troubled - I started asking the right questions. Trust me, it worked."