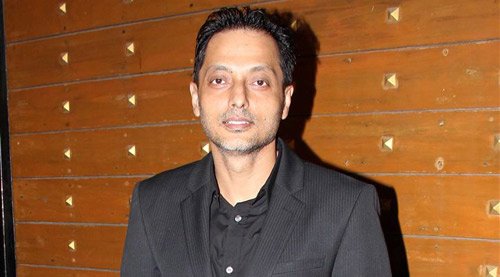 For those who were wondering where Sujoy Ghosh had disappeared to after Kahaani, his short film Ahalya is a resounding reply.


Ever since it went viral on the internet, the 14-minute film which is derived from the myth in the Ramayan about the unfaithful wife of the same name, has had more than 17 lakh viewers.


Delighted by the unexpected response Sujoy Ghosh says, "Who would have thought that a short film based on a little-known incident from the Ramayan featuring actors whom today's audience may not know, would get such an overwhelming response? I am humbled. It has gone through the roof. I am getting congratulatory calls from everywhere. It's an amazing feeling."


The cast is also enjoying the limelight.


Says Sujoy, "The only known actor in Ahalya is Radhika Apte. Legend that he is in Bengal, today's generation of moviegoers outside Bengal are sadly unware of Soumitrada. As for Tota Roy Chowdhary he was Rituparno Ghosh's favourite, and that's about it."


So what is the best comment Sujoy Ghosh has heard about this chilling nugget where Radhika Apte floats around a Bengali haveli in an enticing bodice while the veteran Bangla actor Soumitra Chatterjee playing her husband, chuckles to the embarrassed cop Tota Roy Chowdhary that he is not good in bed.


Chuckles Sujoy, "Signing Soumitrada was not as difficult as I imagined. I explained the concept and the short-film format to him. We were both new to the short film. He was all for it. Strangely at that time when I approached him he was planning to do a stage version of Ahalya which never happened. It's all destiny, I guess."


The hardest part was getting Soumitra Chatterjee to say the line about not being good in bed. How does one tell a legendary actor to say a line like this? When it comes to icons like Amitji and Soumitra one can't let them say lines that don't befit their stature. However when I told Soumitrada about the line he was cool about it. 'It's not me saying it. It's the character,' he reasoned, and we moved on. Such are the stuff legends are made of."


Sujoy Ghosh found doing a 14-minute film for the internet as tough as feature film. "In fact it was tougher. I know the film medium and audience. I knew nothing about the internet or the short-film format. In 14 minutes I had to say what I did in Kahaani in two hours. I had to build a plot, develop the characters â€¦all of this in a different dimension."


Sujoy Ghosh is thrilled by the volume of audience Ahalya has obtained in just 4-5 days. "I call it my lunch-break film. People are watching it at their convenience. They're returning to it whenever they feel like. See, I had to presume that the guy out there would be seeing Ahalya on his mobile phone. The cinematography, sets, sound design all had to be done in a way where they were coherent on the smallest of screens. The screen was miniaturized. My vision was not."


Which is the best compliment Sujoy has received for Ahalya? "I was told, 'Thank God Kahaani was not a fluke'. Ha ha. Very reassuring. Closer home, my son saw Ahalya understood it and has now read the Ramayan to understand my film better. In fact Ahalya has persuaded a whole new generation and its parents to rediscover the Ramayan. For me that's the biggest compliment."


Sujoy Ghosh who has not directed a film since Kahaani was itching to get back to it. "Initially I wasn't sure I could take on the short-film. But I am glad I did. Ahalya has introduced me to a whole new way of a film and an entirely new audience."