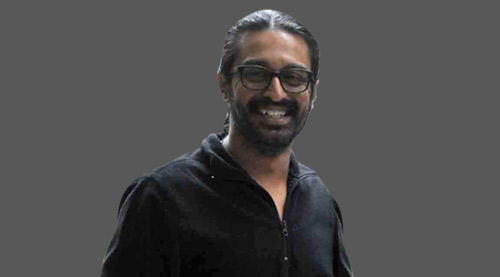 This week sees the release of Airlift, a film that stars Akshay Kumar and Nimrat Kaur in lead roles. The film is about the evacuation incident that took place in the

Gulf with many Indians 'trapped' and rescued from the same. Airlift which is directed by Raja Krishna Menon, whose 'Twitter handle' describes him as "Filmmaker -at least I try traveller /

foodie / tennis fan". Raja Krishna Menon, has, to his credit, films like Bas Yun Hi and Barah Aana, films that met with moderate successes. But, Airlift is all set to help

Satish Sundaresan of Bollywood Hungama met up with Raja Krishna Menon for an in-depth interview. Over to you, Raja...

To start with, to the world the term 'Airlift' means an eagerly awaited film about evacuation. But, for you, what does it mean?

Well... it's a story that I have been waiting to tell for a long time. It's an important story which needs to be told. The impossible achievements are very much possible. We need to believe that

India can do the impossible.

You have lived in diverse places like Thrissur, Bengaluru and Mumbai. How do these places differ or are they the same?

They differ culturally. While Thrissur is a small town, Bengaluru is more cosmopolitan and Mumbai is a place to work.

Is it true that you started an ad film firm called 'R and B Ltd' in 1996, before getting acquainted with the late film maker Mukul Anand?

What did the failure of Bas Yun Hi and the success of Barah Aana teach you?

really want to tell, then, just go for it.

You are armed with a degree in chemistry from Christ College and have also done jobs like calling up people to get advertisements for Yellow Pages business directory. Had it not been for that

eternal trip to Himalayas and working as a production assistant in 'Magic Eye Ltd', do you still feel that Bollywood would have been your ultimate destination of your creative calling?

Is it true that you have a personal connection with Airlift and that you had the script with you for as many as 10 years?

I had the story with me since 2003-2005. And my personal connection is that, hailing from Kerala, I knew lot many people who were in Gulf.

What made you choose Akshay Kumar and Nimrat Kaur as your lead pair?

Akshay epitomises lot of traits that I wanted in my hero for the film. I saw Nimrat in the famous Cadbury ad. I found something special in her. Hers is a very well etched character. I wanted

someone to bring something new to the table. Nimrat Kaur is just that.

Had Akshay Kumar rejected your script who would have been your next choice?

I did not have to think about it as he had already said yes. I cannot imagine anyone playing the role other than Akshay now.

Even though the film does look promising, don't you feel that the zillion fans of Akshay Kumar will miss his signature action?

Akshay has been very vocal about the character that he is playing in the film. The reactions and the responses to the trailers have been phenomenal. So, in that way, I just need not have anything

to worry about. What you see in the trailers is what you will get to see in the film.

Since the Indian government had kept the whole incident under wraps, with just one newspaper covering the same, how difficult was it for your research team to do its homework for the script?

It was a bit challenging. But, we took help from lot of people who were involved in some way or the other with the evacuation incident. I found a lot of home videos which were shot of the

evacuation. But the research took us a lot of time.

Is it true that Akshay Kumar had taken Arabic lessons in order to perfectly portray his character?

Akshay Kumar's character is someone who had been in Kuwait for a long time. He is a man who had made it big in the Arab world. That's why Akshay Kumar took Arabic lessons, only the basic nuances.

Is it also true that Akshay Kumar saw the late great Balraj Sahni's cult film Waqt in order to get the emotional connect?

Akshay Kumar told me that he saw the film in order to see the emotional scenes.

What role does music play in the film?

There are four songs in the film. While the three of them are montaged songs, there's one track 'De Di' that portrays the kind of life and lifestyle that the protagonist led.

What are the locations in which the film has been shot?

We shot majorly in Ras al-Khaimah.

With so much diverse genres of films in your repertoire, will it be right to call you as a 'genre agnostic'?

(Laughs heartily). I like that term so much. It epitomises me completely. The one genre that I cannot work is rom-com. That's not my space.

Let's see. There are a few things on my table. I need to figure out what next should I do.

What has Airlift done to you?

I never had so many conversations about what I will do next (laughs heartily).

Lastly, what's the first thing that comes to your mind when I tell the following names?

He was my first film teacher. He taught me the importance of detailing.

Brought me to Mumbai.

My connection to George Clooney (laughs)

That's the reason I am here (smiles)

Stunning and she is the new voice to the heroine