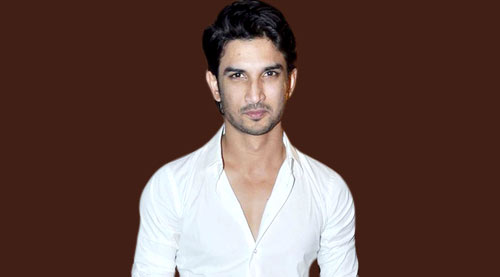 
How do you plan to take on the character of Dhoni?

I think it was Mr. Sunil Gavaskar who said something like, 'Given a chance I'd like to ask God to let me be in Dhoni's mind once just to find out how he thinks.' I think the biggest challenge for every actor is to convince yourself that you are the character. I think in this case the challenge is bigger because I've to look convincing as a person who is very much part of contemporary India's collective consciousness.

So that limits your spectrum of innovation?

That's right. I can't add my own interpretations to the character for Dhoni as I could for Byomkesh or for Shekhar Kapoor's Paani. The minute I will add something that isn't part of Dhoni's personality I'll be caught out.

You mean you could innovate with the other characters?

That's right. While playing Byomkesh I could sit with (director) Dibakar Banerjee and create the character from scratch. I am doing the same with Shekhar Kapoor in Paani. But with Dhoni it's different. I've been his fan for the last ten years. I've been closely watching him play. The most challenging part of playing Dhoni is to convince myself that I can pull it off. The day it happens I feel I will be able to play Dhoni.

Did Dhoni have a say in your being selected to play him?

I don't know about that. But cricket was definitely one of the reasons why I was attracted to this role. I've been inclined towards cricket from a very young age. I've seen my sister playing national-level cricket. I too was a national-level cricketer. In fact I had seriously thought of taking up cricket as a profession.

Really? What would Dibakar and Shekhar have done if you had taken that route?

(laughs) They'd have found another actor. Luckily for me my cricket dreams were nipped in the bud.

There was too much parental pressure on me to excel in academics. I was the only son and the youngest son. I was expected to fulfill the family's expectations. I gave up my dreams of becoming a cricketer. But I couldn't give up my dreams a second time. So I became an actor.

Are you going to brush up your cricketing skills to play Dhoni?

I've to not just play Dhoni convincingly. I've to play like Dhoni to look convincing on screen. I've started my research. Whatever he did I have to do. Wherever he stayed I have to go. I want to enter the man's mind. A few years ago Dhoni was a different person. I've to understand how he has changed. I've to spend time with him.

Do you know Dhoni personally?

I've met him. But now I've to observe the way he walks, talks...his stance when he plays cricket on the field. But beyond that I've to make sure I don't end up mimicking him. There is a very thin line between acting and impersonating. Let's not forget, Dhoni has millions of fans. In the first few frames itself, the audience should be comfortable with the way I play him. There should be compatibility between the way Dhoni and I walk-talk-behave. The minute that is sorted I have the audience with me. The rest of the performance will depend on my homework and research on Dhoni. Hopefully after watching me people will get to know Dhoni better.

When do you start shooting for Dhoni?

We're still figuring out the dates.

Who plays your wife?

I haven't asked. To be honest I've such an overwhelming task in front of me-of being able to play Dhoni successfully-I can't be bothered with my co-stars.