Varun Dhawan and Alia Bhatt stepped together in this industry. Their journey from Rohan – Shanaya to Zafar – Roop has been long and a much loved one. The two actors by now have done four films together. While they didn’t end up as lovers in Student Of The Year, their chemistry was explored further on screen in the film Humpty Sharma Ki Dulhania and needless to say, it was a huge success. As they became one of the successful jodis on screen, Varun and Alia reminisced about their second release as an onscreen pair, Humpty Sharma Ki Dulhania as it completes 5 years. 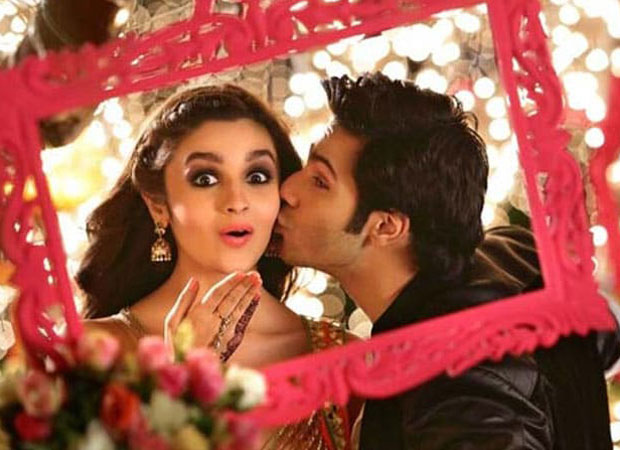 Varun Dhawan, who is gearing up for the release of Street Dancer 3D, shared a post dedicated to the Shashank Khaitan film Humpty Sharma Ki Dulhania on Instagram. He dedicated an adorable post to the film and shared this on the sets of picture of him carrying Alia on his shoulders saying, “5 years of Humpty Sharma Ki Dulhania. I remember how nervous I was when this film was releasing, had the best team around me. Thank u all @aliaabhatt @shashankkhaitan @karanjohar.” 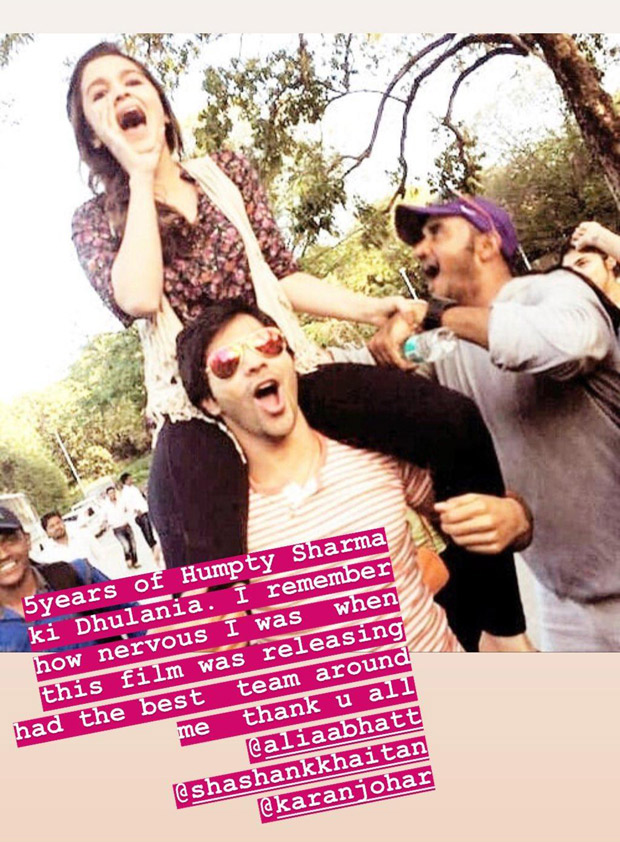 On the other hand, Alia Bhatt, who is currently in New York with beau Ranbir Kapoor, also reposted Varun’s Instagram story and also shared another photo from the film as her Instagram story. She too wrote an adorable note saying, “Can’t believe it’s been 5 years! Best crew best people and the beginning of the dulhania journey…. Too much love.” 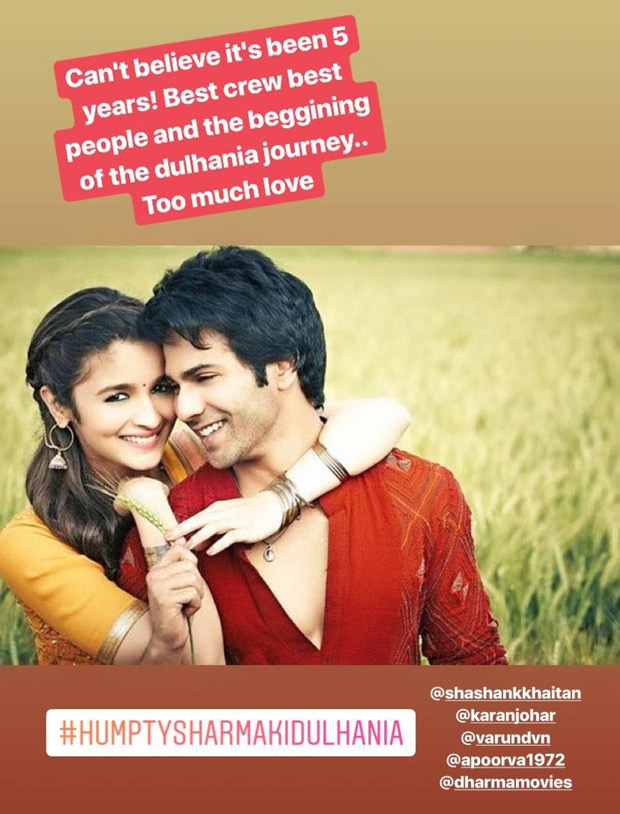 Humpty Sharma Ki Dulhania featured Alia Bhatt as a feisty young girl who meets Varun Dhawan while she is in Delhi for her friend’s wedding. While the two fall in love, Alia’s strict father, who is against love marriage, arranges her marriage with an NRI! How Varun tries to win the heart of the father for his daughter’s hand is what forms the rest of the film. Directed by Shashank Khaitan, the film was produced by Dharma Productions.

Also Read: Inshallah: Salman Khan and Alia Bhatt starrer to kick off in Florida in August 2019