Last Updated 19.08.2022 | 11:17 AM IST
feedback language
follow us on
Bollywood Hungama » News » Bollywood Features News » “Humbling to receive the love that we are getting as a new pair”- Bunty Aur Babli 2 stars Siddhant Chaturvedi and Sharvari

Gully Boy hunk Siddhant Chaturvedi and gorgeous debutant Sharvari, who are playing the new Bunty and Babli in the hilarious con heist film, have a sizzling on-screen chemistry that has become the talk of the town. The lead pair of the film are thrilled with the unanimous love they are getting as the freshest and newest Jodi in Bollywood today. 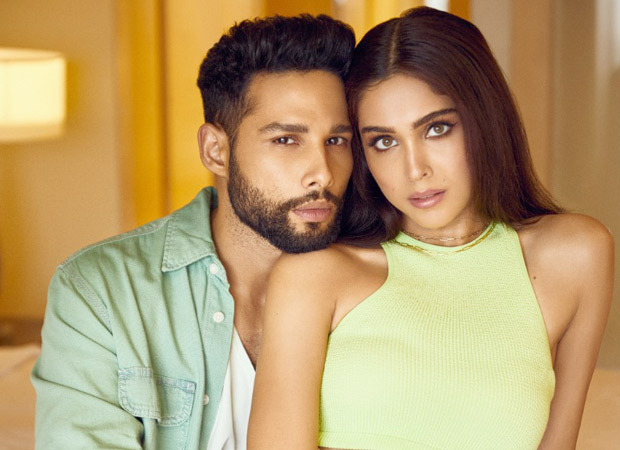 Siddhant says, “I have to say that it’s quite humbling to receive the love that we are getting as a new pair in Bollywood. We are playing the hero and the heroine for the first time in our careers. From the day we were cast to now, we have become great friends. I think Sharvari and I are effortless creatures who love to make new friends and that’s what clicked for us.”

He adds, “From the minute we met each other, we were a house on fire and it shows in the film. For the film to work, Sharvari and my pairing had to work because we were playing a new pair of con artists who people also need to root for. we needed to have great chemistry for us to work as a romantic pairing in the film.”

Sharvari says, “Being the new Bunty and Babli comes with immense excitement but also a certain amount of pressure because no one has seen us together on screen before. So, our pairing - the freshness of it, our chemistry - it just had to be bang on. We worked tirelessly and put in all the efforts to bring out our best performances. We worked as a unit through the film and songs and have absolutely given it our all.”

She adds, “I’m really happy with how audiences are reacting to how Sid and I are complimenting each other on-screen be it while dancing or conning. He is a handsome, charming, and really endearing guy and we have become great friends over the course of this movie. Hope people love us when they see Bunty Aur Babli 2 on the big screen on Nov 19th.”

This out and out comedy will pit two sets of con-artists called Bunty and Babli, from different generations, against each other! Saif Ali Khan and Rani Mukerji play the OG Bunty and Babli in the film. Yash Raj Films’ Bunty Aur Babli 2, which is set to release worldwide on November 19, 2021, has been directed by Varun V. Sharma, who has worked as an Assistant Director in YRF’s biggest blockbusters Sultan and Tiger Zinda Hai.

ALSO READ: Bunty Aur Babli 2: “Siddhant Chaturvedi is one of the most exciting talents that the industry has chanced upon” – Saif Ali Khan