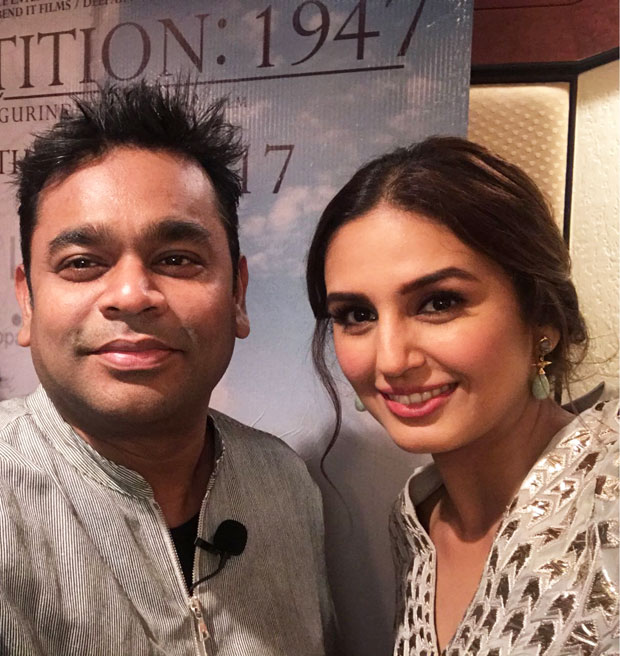 While her unconventional roles in Bollywood gave her fame, Huma Qureshi is all set to make her international debut this year and that too under the guidance of Gurinder Chadha of Bend It Like Beckham fame. The actress will be seen in Chadha’s forthcoming directorial Partition: 1947.

The film, that is also known as Viceroy’s House, is all set to release next month and has music composed by A R Rahman. A music launch for the same was held recently where everyone including the cast as well as the Oscar winning music maestro was present. During the same, when Huma Qureshi spotted the legend she couldn’t control her excitement and had a fan moment of sorts.

Like his many other fans, Huma too clicked a selfie with A R Rahman and shared it on her Instagram saying, “With the legend himself @arrahman .. at the music launch of our film #Partition1947 aka #ViceroysHouse releases August 18th.”

As for the music of the film, while A R Rahman expressed his happiness over the scores he has composed, he added that his personal favourite is the one he composed for ‘Partition’ which is where he played the piano. He exclaimed that the composition has a sense of purity and emotion. The film will also have the remake of the popular chartbuster ‘Dama Dam Mast Qalandar’

Sara Ali Khan says with every film your…