Actor Hrithik Roshan wished his close friend, Kunal Kapoor on his birthday with a funny post. Taking to his Instagram story, Hrithik could not help but slip in a dig at Kunal’s shorts, which had a polka-dot design. 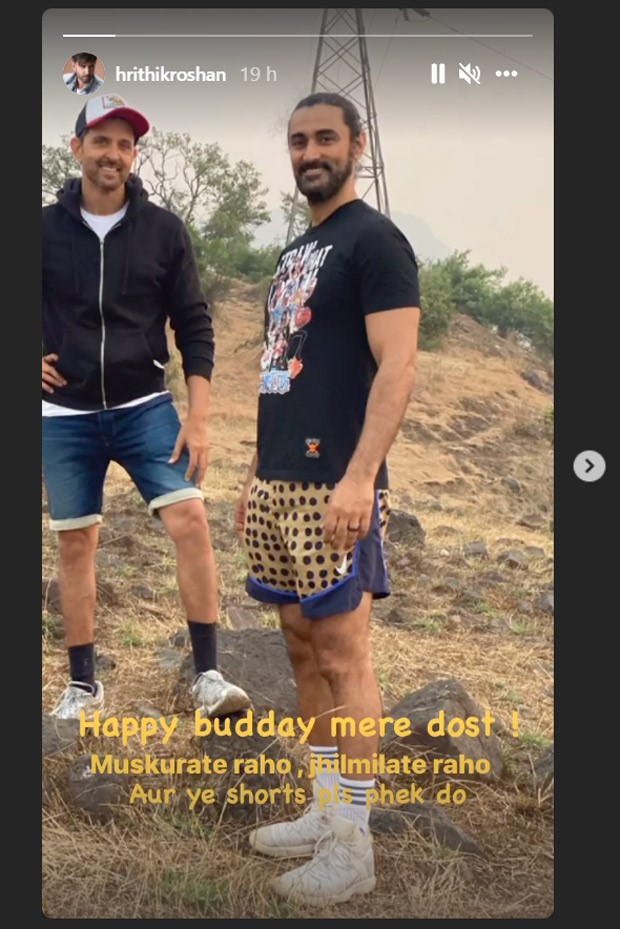 Kunal, who turned 44 on Monday told a tabloid that while he does not get too excited about his birthday, he does not hate it either and remains pretty neutral. He said that its nice to be wished and all that stuff, but suddenly one is expected to feel incredibly happy and celebratory.