With all the looks revealed, it’s finally time for the last looks reveal of Housefull 4 with two posters of Kriti Kharbanda. Being the last of the lot, Kriti Kharbanda will be seen portraying the role of Neha from 1419 and Meena from 2019. She looks just as ethereal in both the looks but the second poster is sure to leave you stunned.

Dressed in an ethnic outfit, her first look is that of Rajkumari Neha and the second look is that of Meena who happens to be modern and is standing with a knife on her throat held by Neha’s portrait. Akshay Kumar shared the posters with the caption that reads, “Neha aur Meena ki 600 saal purani kahani dekhne ke liye taiyyar ho jaaiye! #Housefull4 is here with an epic reincarnation comedy. Trailer out on 27th September. ????????” 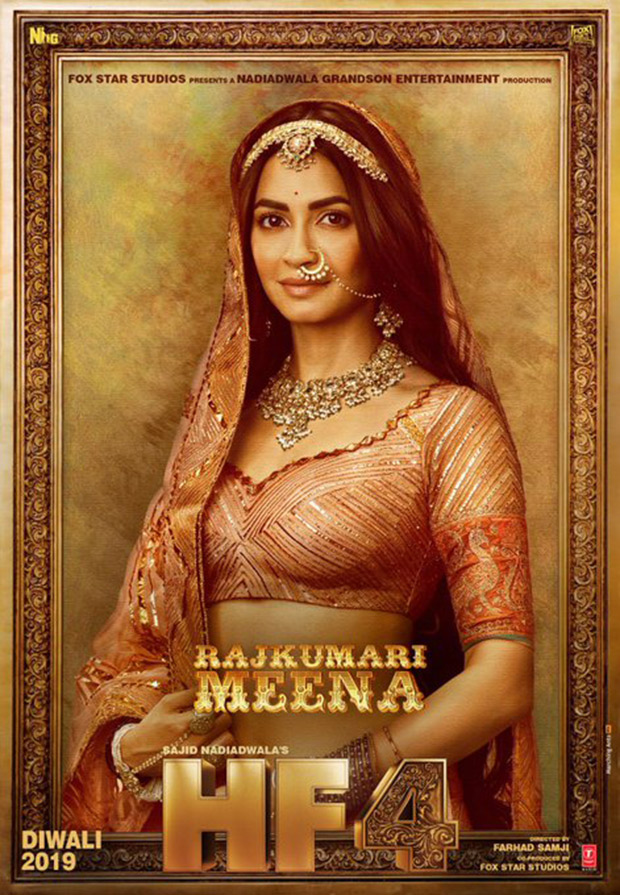 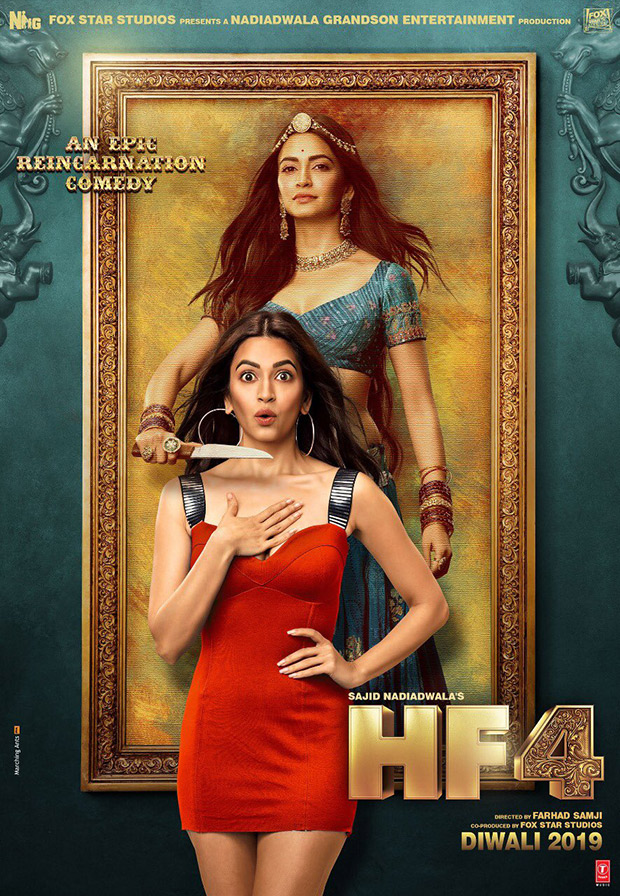 Housefull 4 is slated to release and has surely raised the anticipation of the audiences.

Also Read: Kriti Sanon looks dreamy as Rajkumari Madhu and Kriti from London in these posters of Housefull 4!