After surprising the audience with the comical trailer, the makers of Housefull 4 released 'Ek Chumma' the first song of the film today. Housefull 4 has already piqued the interest of the fans since the trailer release and recently the makers shared a teaser of the song starring Akshay Kumar, Bobby Deol and Ritesh Deshmukh with the backdrop of thousands of dancers is sure to leave the audience all excited. 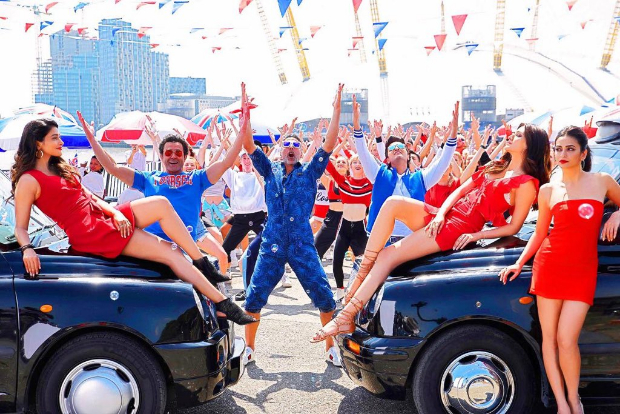 What's interesting about the poster is that the name of the song 'Ek Chumma' looks like a perfect amalgamation of drama and comedy.

Housefull 4 is a multi-period drama where we will see the cast in their present lives which will be the reincarnation of their lives from over 600 years ago. The comedy of errors stars Akshay Kumar, Riteish Deshmukh, Bobby Deol, Kriti Sanon, Pooja Hegde and Kriti Kharbanda in double roles.