Producer Sajid Nadiadwala is all set to make the audiences laugh with the fourth installment of Housefull franchise. Housefull 4 will mark the return of Akshay Kumar and Riteish Deshmukh. But, this movie will have many new faces including Bobby Deol, Kriti Sanon, Kriti Kharbanda and Pooja Hegde. The multi-starrer is not only big on the cast but will also be released in 3D with tons of VFX. As the filming began earlier this week in London, we have got a glimpse from the song shoot which has been choreographed by Farah Khan. 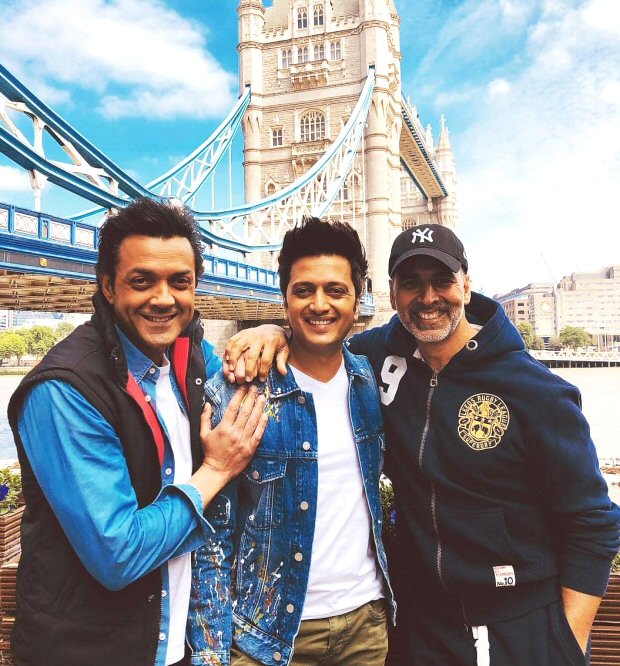 A couple of pictures were shared by the cast of Housefull 4 whilst they were shooting on the streets of London. They were enjoying the song shoot as Riteish shared a glimpse from London bridge. He simply captioned the beautiful scenic photo, "With my partners in crime - @akshaykumar & @thedeol #LondonDiaries #HouseFull4." 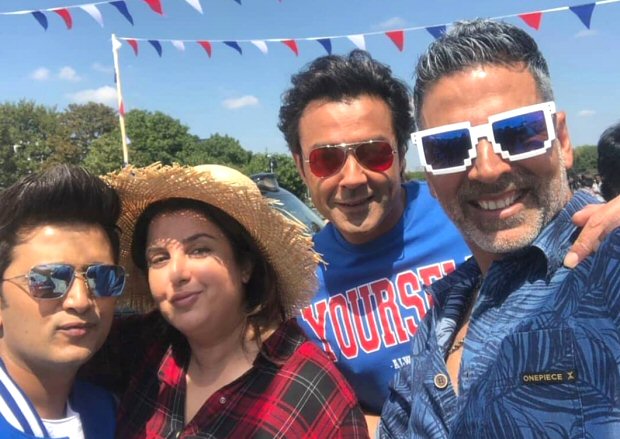 Farah Khan shared a couple of pictures from the sets with Akshay Kumar, Riteish Deshmukh and Bobby Deol. "Its ok to work during ur holidays whn its with these 3.. @riteishd @akshaykumar @iambobbydeol #Houseful4.. #londonlife," she wrote alongside the group picture. Akshay is seen sporting a quirky sunglasses. 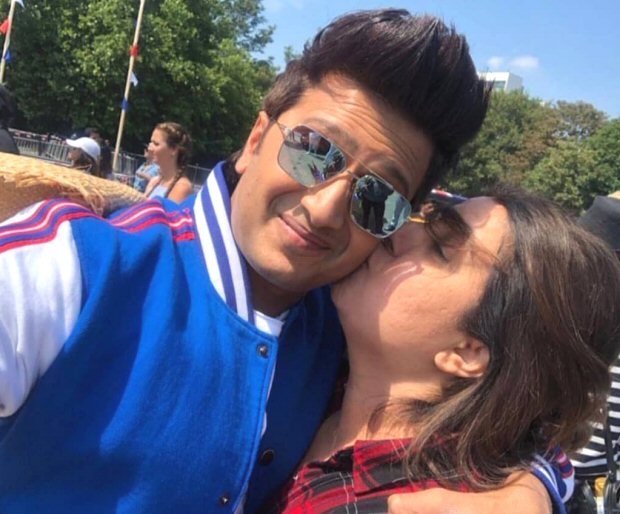 Farah was delighted to reunite with her BFF Riteish Deshmukh as she planted a sweet kiss on his cheek. She even shared a hug with Sajid Nadiadwala and captioned the image, "Brother in Arms! Shooting with #sajidnadiadwala is always Fun.. this time multiplied by 4! #housefull4 #london." 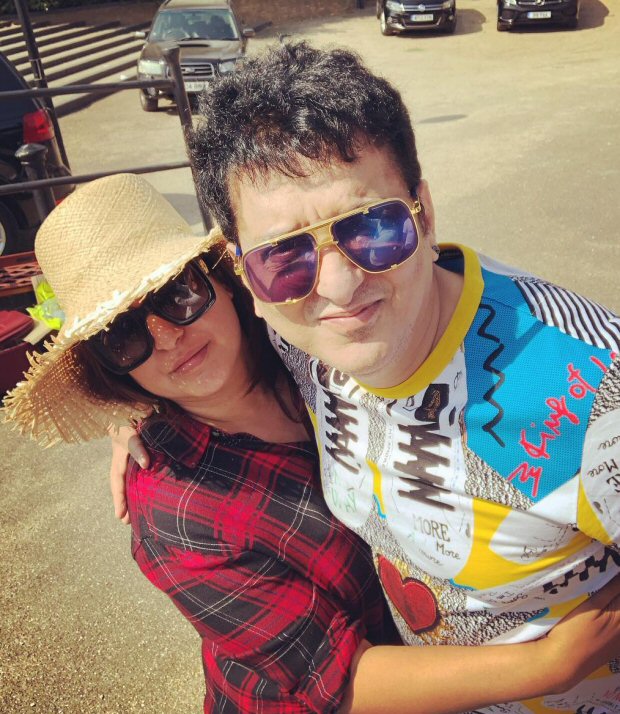 Even the lovely leading ladies Kriti Kharbanda, Pooja Hegde and Kriti Sanon reached London for the first schedule. They were seen dressed in colourful summery outfits with producer Sajid Nadiadwala as they commenced Housefull 4 shoot. The cast is set to wrap up the London schedule by the end of the month. 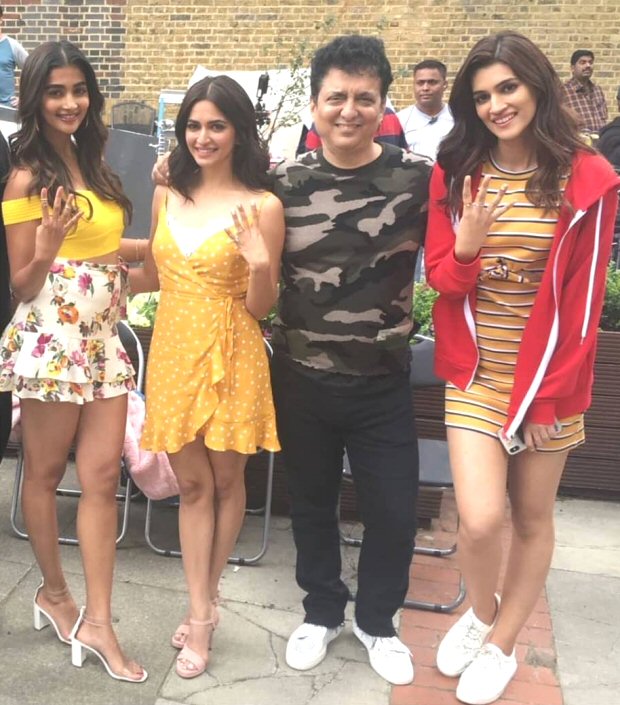 Kriti Sanon shared a lovely photo with other leading ladies Pooja Hegde and Kriti Kharbanda from the song shoot. While they were all dressed in black, they posed with choreographer Farah. "Shooting with the most amazingggg @farahkhankunder after so so long!! And she is as entertaining as ever!! ????❤️#Housefull4 song it is!! ❤️????????@hegdepooja @kriti.kharbanda," she wrote alongside the photo. 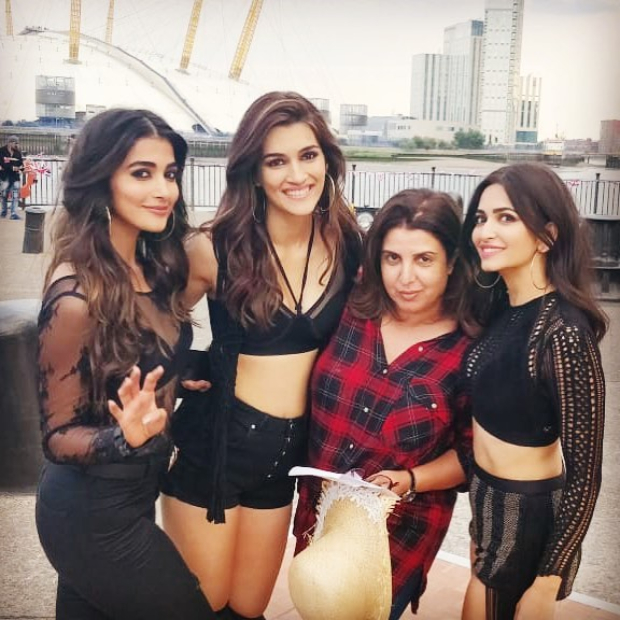 Directed by Sajid Khan, who directed the first two installments, the fourth film of the series we heard will revolve around the theme of reincarnation. Produced by Sajid Nadiadwala under the banner Nadiadwala Grandson Entertainment, Housefull 4 will release on Diwali 2019.

Also Read: ON THE SETS: Akshay Kumar sports a salt and pepper look on Housefull 4 sets in London