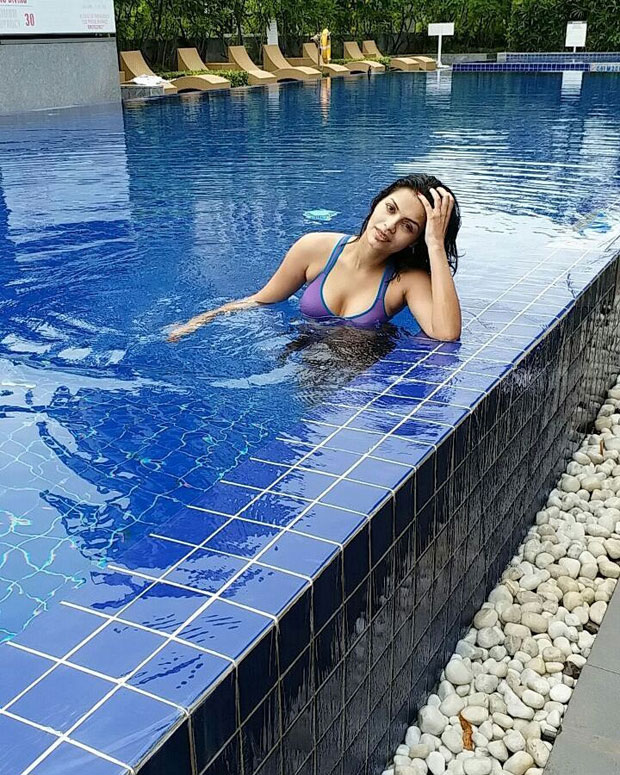 Sonali Raut might not be on top of your ‘hottest actresses’ list. But the actress is quite sizzling and that’s evident from her Instagram pictures. Just a few weeks ago, the actress had a posted a hot picture in which she was sizzling in a blue bikini.

Now, the actress has posted yet another picture. This time, she has worn a blue-purple swimsuit and can be seen immersed in a swimming pool. She is supporting her head with her hand and looks sexily at the camera. “It's just you and the pool” is the caption of the picture.

On the film’s front, Sonali Raut debuted with Himesh Reshammiya’s 2014 film The Xpose. The film didn’t work but she got attention, thanks to a sequence where she was dressed in a white half-saree which is almost a replica of Zeenat Aman’s iconic get-up in Satyam Shivam Sundaram. In the same year, Sonali Raut appeared on the reality show ‘Bigg Boss 8’ which made her a household name. She disappeared for some time and then last year, she was seen in a special appearance in the sex comedy Great Grand Masti. Sonali Raut played the role of a maid named Shiney and it was reported then that Shiney Ahuja found it in bad taste since he was embroiled in a rape case involving his maid. He thus served a legal notice to the makers but nothing much was known regarding this case after that.