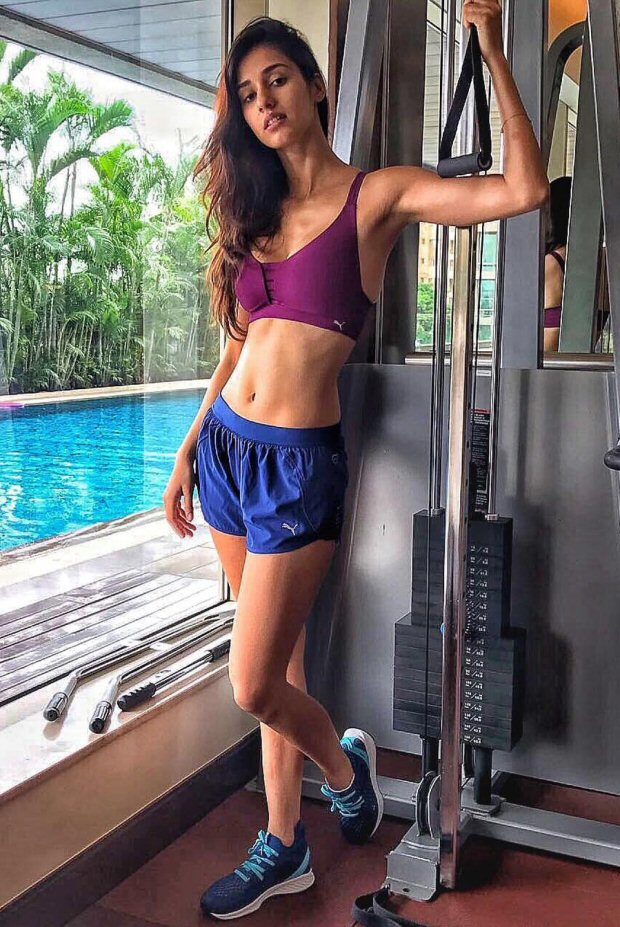 Disha Patani may not have her lot of films in her kitty, but she surely has innumerable fans all over. It is the result of her hundreds of sizzling pictures and her sex appeal that she uploaded since a couple of years. Especially on Instagram, she has amassed 7 million followers, a feat which not many actresses can boast of.

Her latest picture proves why she deserves so many followers. It features her wearing the undergarments and shoes of the ‘Puma’ brand and the caption reads, “Found my perfect fit, lace without limitations. Dance without limitations. #LacedUp @puma”. Her hot body can be seen and it coupled with her pose, the way she has kept the hair on one side makes a great impact. Also, she is holding a gym equipment handle that also gives a nice touch.

Disha Patani first caught attention in 2014 when she was rumoured to be a part of Gippi director Sonam Nair’s sex comedy No Sex Please, We're Indians. She was also reportedly signed for Akshay Roy’s Vanity Fair. Both films got shelved and then it was reported that she has bagged Baaghi, opposite Tiger Shroff. However, later Shraddha Kapoor got the coveted part. Her Cadbury ad in 2015 gave her even more recognition. Her first film was in Telugu and it was called Loafer, directed by Puri Jagannadh. By then, rumours grew strong that she was seeing Tiger Shroff. Both appeared in a single called ‘Befikra’ in 2016. Her debut Hindi film, in the same year, was M.S. Dhoni – The Untold Story. Earlier this year, she was seen in the Indo-Chinese film Kung Fu Yoga with Jackie Chan. Disha Patani couldn’t be a part of Baaghi but she managed to bag Baaghi 2 recently.