Hina Khan took to her social media to share two strong quoted cryptic posts about betrayal and being let down. The actress, who rarely opens up about her private life, left her social media followers surprised by sharing specific quotes on her Instagram about being wary of those around her because of being betrayed by them. Owing to the same, fans and well-wishers were left concerned and this sparked further speculations about why she has posted such intense messages. 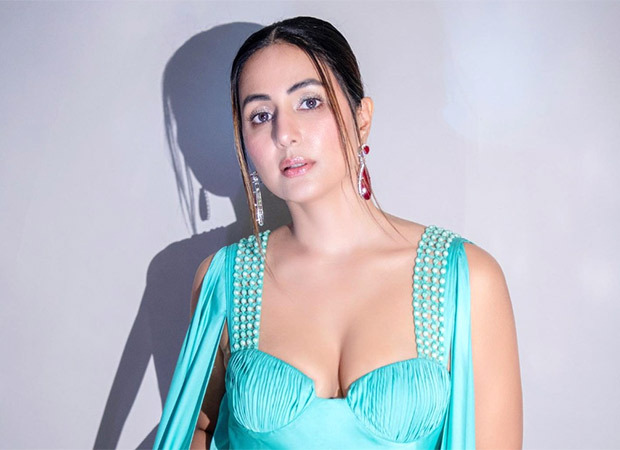 For the unversed, Hina Khan, who loves to share details about her photoshoot and work on Instagram, took to the platform to share a story. The first post shared by the actress read, “Betrayal is the only truth that sticks.” Followed by this, she shared another text image which said, “Remember to forgive yourself for the blindness that put you in the path of those who betrayed you. Sometimes a good heart doesn’t see the bad.” 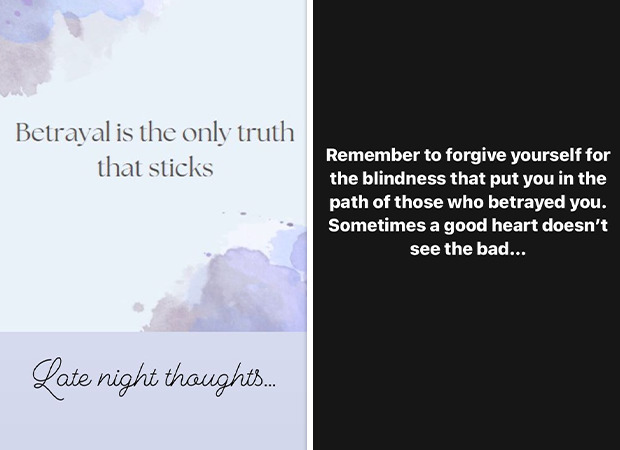 Followed by these cryptic posts, fans have constantly been expressing concern and wondering the reason behind her sharing these posts. While one fan dropped a post showcasing unconditional support saying, “Whatever has happened to Hina Khan is very wrong.  Everyone should support her at this time”, another fan commented, “What's the matter with her? Hope so it will resolve early.” Yet another user said, “We don't know anything but what happened how it happened we want to know all this and very soon.” One of them even expressed concern about her health. While the actress hasn’t reacted on the series of questions asked by her fans, the comments continue to add to the pile.

Hina Khan, who gained fame as Akshara in Yeh Rishta Kya Kehlata Hai, further went on to become popular after her stint in the reality show Bigg Boss. The actress is dabbling with OTT, films, and other different mediums as of now.

Also Read:Hina Khan gives winter fashion cues in a bright green sweater vest and denim skirt while being on vacation in Turkey