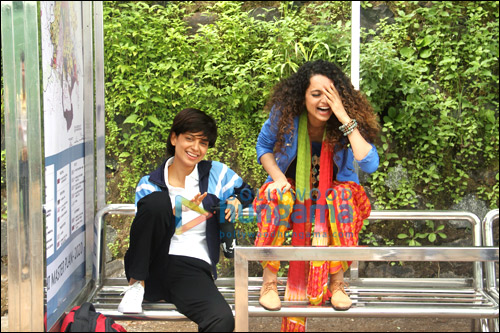 Last we had reported that south star Dhanush would be seen playing a cameo in Aanand L Rai's sequel to the film Tanu Weds Manu along with the film's lead actress Kangna Ranaut featuring in a double role. Well, here's the first look of the actress in double role from the film.

As for the film, the sequel will trace the story of Tanu who is now struggling with her four-year-old marriage, and the other will be her sister who is a Haryanvi athlete. The sequel directed by Aanand L Rai and co-starring R. Madhavan will be extensively shot in Lucknow.