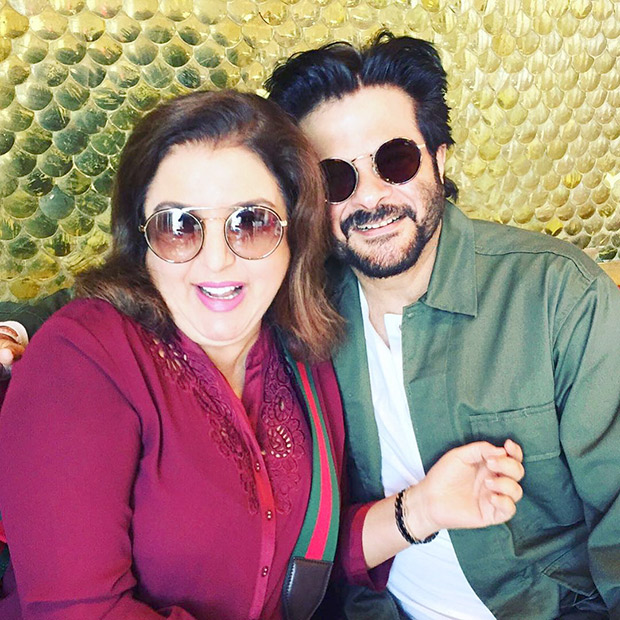 Anil Kapoor has been keeping busy with his work schedule. The actor recently wrapped up his upcoming film Mubarakan in London.

Currently, Anil Kapoor is in Dubai for some work. It turns out that Farah Khan is also in Dubai and bumped into Anil Kapoor at the airport. An excited Farah shared a selfie with him and captioned it as, "U know the days begun well whn u run into @anilkapoor at the airport! Always puts his face behind to look thinner????Must learn #dubai."

On the work front, Anil Kapoor is playing the role of a Sardar in Anees Bazmee's Mubarakan. It stars Arjun Kapoor, Athiya Shetty and Ileana D'cruz. It is releasing on July 28, 2017.