Fondly referred to as ‘TejRan’, fans of Tejasswi Prakash and Karan Kundra can’t get enough of the couple’s chemistry. While they are keenly awaiting the pair to do a show together, Karan and Tejasswi continue with their off screen camaraderie. From shows to shopping, the couple has no qualms about making appearances together and when they were recently spotted together, Tejaswwi happened to make a mistake. She got anxious and continued to apologize to Karan but the latter assured her there was nothing to be worried about. Needless to say, the fans were super happy to see the care and concern the actors had for each other. 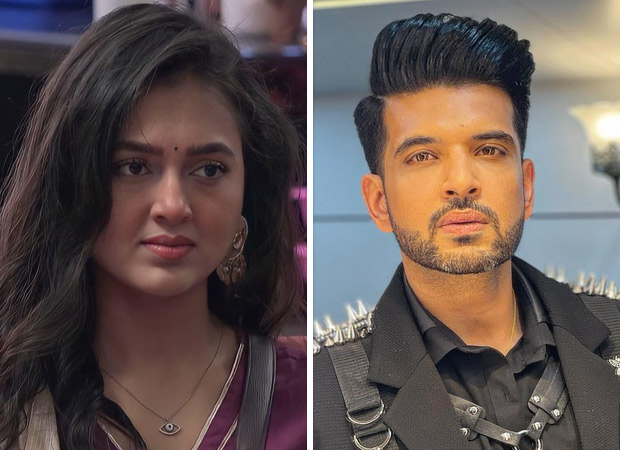 Tejasswi Prakash and Karan Kundra were recently papped outside a store in suburban Mumbai. While the couple gladly posed for the cameras, as they were making an exit, Tejasswi opened the car door. Since the car was parked right next to a tree, the door seemingly hit the tree. Realizing the mistake, Tejasswi immediately apologized to Karan. But the actress got pretty anxious about the damage to the vehicle. But the paparazzi and the actor both asserted that all is well. Seeing this, TejRan fans were quick to comment on how adorable the two of them looked together.

Tejaswwi Prakash and Karan Kundra were recently seen in the reality show Lock Upp together. Followed by that, they were also the guests for the ongoing comedy show The Khatra Khatra Show which features Bharti Singh, Haarsh Limbachiyaa and Farah Khan as hosts. In the said show, the two actors even danced on the hit song Humpty Sharma Ki Dulhania, ‘Main Tenu Samjhawan Ki’. During the ballet dance, Karan kissed Tejaswwi which was truly an ‘aww’ moment for many of their fans.