John Abraham, not surprisingly is on a promotional spree for his forthcoming film Parmanu – The Story of Pokhran. The film, which has already faced immense delay, has finally hit the theatres today. But before that, the actor decided to visit the sets of Kent Cricket Live for a small chat session with cricketer Irfan Pathan. 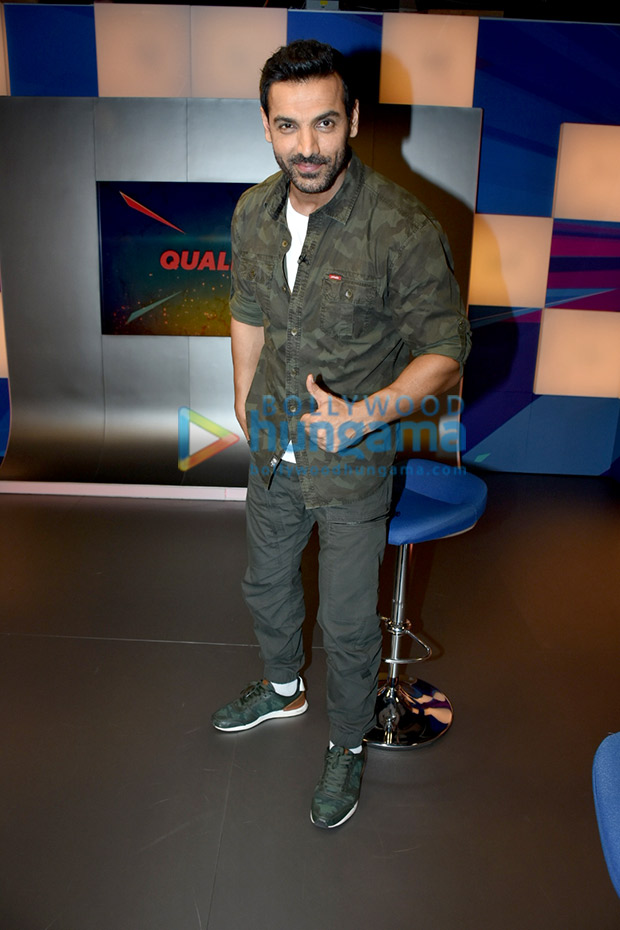 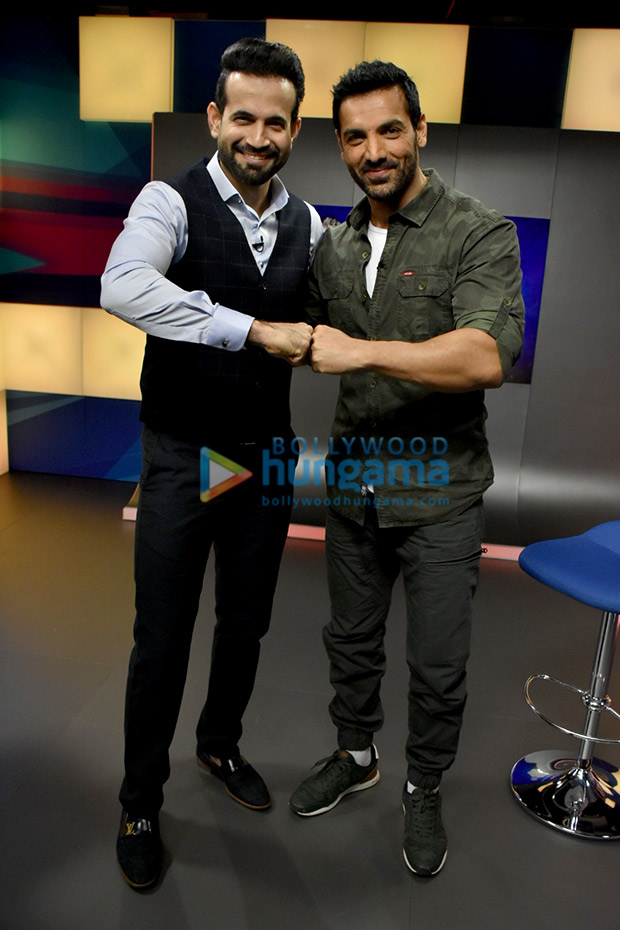 The segment was aired as part of the pre-show for the day’s VIVO IPL fixture and also featured Irfan Pathan and host Jatin Sapru as the trio discussed John’s passion for Chennai Super Kings and his long-standing brotherhood with Mahendra Singh Dhoni. “He’s really vicious on the field” said John, smirking mischievously. 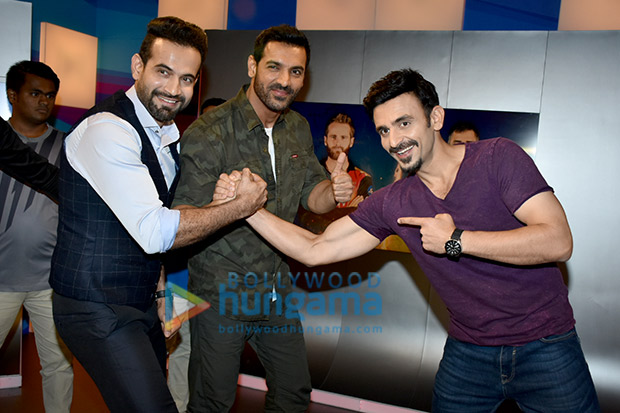 The actor expressed his love for motorcycles and his thriving friendship with skipper Mahendra Singh Dhoni. In fact, John also shared an unusual experience that defines Dhoni’s Athleticism saying, “We once went to my office to get the bikes out and found that the watchman had fallen asleep and the main gate was locked. So, we both jumped from the side and went in. But when coming out we had to go over the gate. I don’t know how he did it but in a few jumps, he made it over the gate easily. I thought if Mahi can do it then so can I, so I ran and did the exact same thing and my pant got stuck in the gate and tore. Honestly, he’s really athletic.” 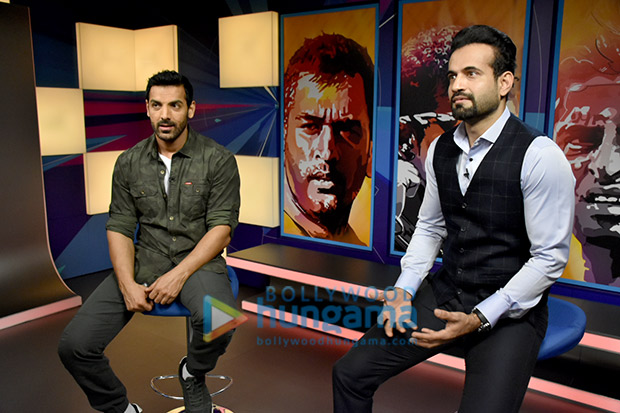 Fans also got an exclusive sneak peek into John’s upcoming movie Parmanu - The Story of Pokhran highlighting the defining nuclear tests in 1998 that made India a global superpower.