Last weekend, Bollywood woke up to a shocking post shared by Dangal actress Zaira Wasim who seem to have taken the decision of quitting acting and Bollywood because of her religious faith. Many expressed their opinion about the young actress exiting the industry. While some of her colleagues were supportive of her, some others weren’t convinced with her reasoning. During the launch of Judgementall Hai Kya, Kangana Ranaut was asked about her opinion on the matter and the actress maintained a much neutral stand stating that religion is something that empowers you. 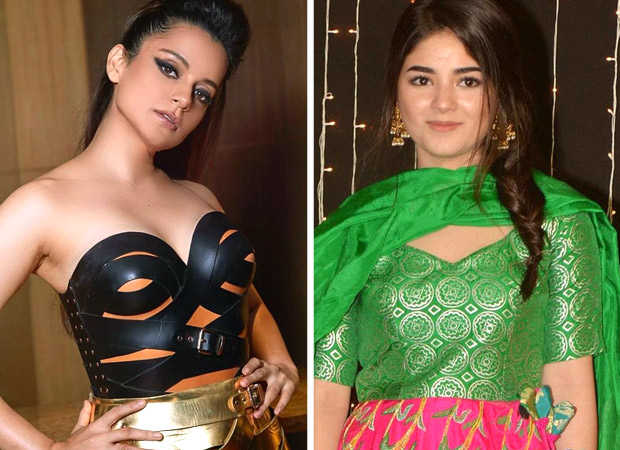 Known for her outspoken attitude, during the song launch of Judgementall Hai Kya, Kangana Ranaut was asked about what does she think of religion and its association to acting and Bollywood, with reference to Zaira Wasim quitting Bollywood. To the same the actress said, “Any religion should empower you, it should make you independent, competent and make you fulfil your life. If you feel your life is already fulfilled, there is plenty of work to do around you, try and help your family. There is so much to do, Kaveri is drying up. So work and try and fulfil the environment around you. But, essentially, the very fundamental requirement of any religion is to empower you, not disempower you!”

Readers would be aware that last weekend, Zaira Wasim took to social media to announce her exit from Bollywood. The young actress stated that her acting profession seem to affect her faith and spiritual connection with her religion because of which she arrived at the decision. Some people even commented on it adding that she was forced to take this decision because militant groups in Kashmir threatened her family asking her to leave acting as it was against her faith!

On the work front, Kangana Ranaut will be seen in a rather unconventional role in Judgementall Hai Kya that also stars Rajkummar Rao, Amyra Dastur and Satish Kaushik in prominent roles. Besides this, Kangana also has the Ashwiny Iyer Tiwari film Panga in the pipeline.