Well, a lot has been written about the relationship between Farhan Akhtar and his relationship with Shibani Dandekar. While it has been quite some time since the speculation started doing the rounds, the couple decided to make it official of sorts recently on social media. With rumours and hints towards an April-May wedding being on the cards, recently an interesting coincidence seems to caught our attention. Shibani Dandekar came across Adhuna Bhabani, former wife of Farhan Akhtar with whom, the multi-talented star has two kids. 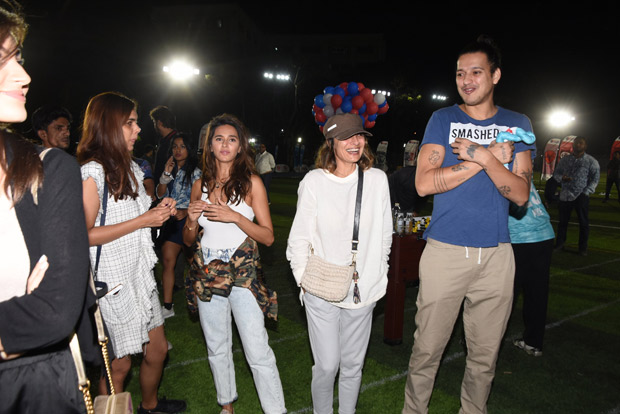 It seems that Shibani Dandekar attended a football tournament recently in Mumbai which coincidentally also had Adhuna Bhabani in attendance. However, the two of them looked quite cordial in front of each other and there wasn’t any tension as they crossed paths with each other. Here’s a glimpse of the video featuring the two of them together:

On the other hand, coming to Farhan Akhtar and Shibani Dandekar, the couple recently enjoyed a holiday in Mexico where they posted several pictures of their lovely beachy vacation. The couple were not only seen working out together but also sharing some cute moments from their romantic holiday. Moreover, Farhan recently also hinted at a summer wedding being on the cards and a picture of them wearing rings that was shared on their social media went viral with rumours of them being engaged. However, an official announcement about their marriage is yet to be made.

As for Adhuna, reports have it that she has found love again in Nicolo Morea. Farhan and Adhuna were married for over a decade and have two daughters named Akira Akhtar and Shakya Akhtar.

Also Read: CONFIRMED! Farhan Akhtar and Shibani Dandekar are getting MARRIED on this date