Ranveer Singh is a very busy man. The actor is currently busy shooting his next film, Simmba at Ramoji Film City in Hyderabad. Rohit Shetty is going all guns blazing to give Simmba an unprecedented scale. Ranveer, who was working on his birthday, ringed in his 33rd birthday on the sets with a special surprise from the crew. The actor was surprised with firecrackers and Nutella birthday cake. Not only that, Ranveer Singh's girlfriend Deepika Padukone also had a groovy way to celebrate his birthday. 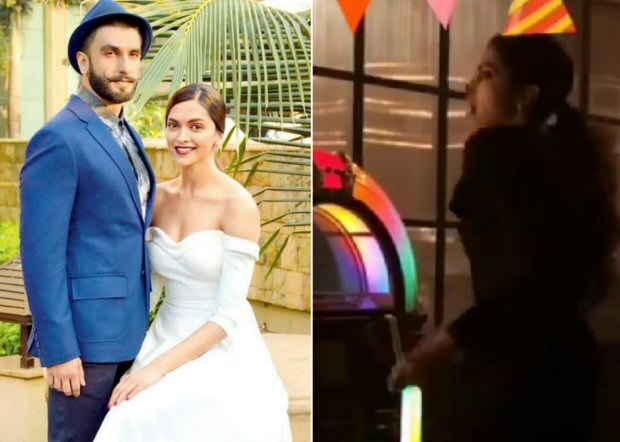 Enjoying the birthday of her better half, Deepika Padukone shared a video on her Instagram story on June 6 in which she was seen dancing. “Hey hottie (@ranveersingh), it’s your birthday,” she wrote with a boomerang video while dancing in front of a jukebox in a dark room. Dressed in all black and grooving, she was definitely enjoying the day. She was seen at the airport this past weekend and many reports suggested that she returned from Hyderabad after spending some quality time with Ranveer on his birthday.

Deepika Padukone and Ranveer Singh have been together since Ram Leela days, which was their first film together. Over the years, they have not accepted their relationship publicly but have often hinted about being together in magazine interviews and online PDA. The rumours have been rife around their engagement that reportedly happened around New Year Eve last year. Also, they are planning to get married later this year in November. As the speculations around the marriage are increasing, these cute moments of PDA between the two of them only adds fuel to the fire.

Also Read: Here’s how Ranveer Singh celebrated his birthday on the sets of Simmba