Under the reins of Bharti Singh, Haarsh Limbachiyaa and Friday Special Host Farah Khan, The Khatra Khatra Show on Voot has emerged as the one-stop destination for comedy and entertainment. With some of the biggest names in showbiz joining the “Khatra Khatra” bandwagon in each episode, the show has also had some interesting moments with celebs that has gone viral on social media. Now that the first season of the interactive comedy game show is nearing its conclusion, Bharti and Haarsh have announced that Farah Khan will be returning to the second season of the show as well, along with them! 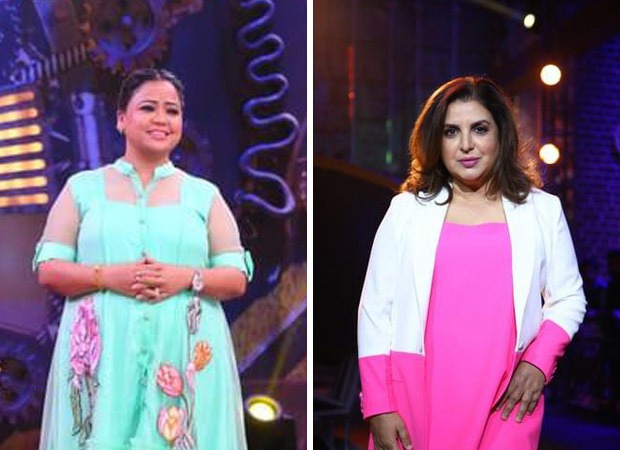 In one of the latest episodes of the show, Bharti Singh and Haarsh Limbachiyaa took the audience by a wave of laughter when they revealed the reason behind wanting Farah Khan on board for The Khatra Khatra Show – Season 2. Bharti jokingly said, “Farah ma’am set pe bohot achcha khaana laati hai yaar,” to which, Haarsh continued sharing, “Jaise Khatta Aloo aur Junglee Mutton!”

The show featured some interesting celebrities from the film and television industry. From the famous couple Karan Kundra and Tejasswi Prakash to actress Ananya Panday, many guests were a part of the show. They sportingly participated in activities and also made some funny revelations during their conversation with the hosts. Knowing the comic timing of Farah Khan and Bharti Singh, the show often left the celebs and viewers in splits.

With Bharti confirming that Farah will be a part of the second season of the show, let’s see what the hosts have in store for the new season!

Also Read: Did Farah Khan just reveal that she had a crush on Ananya Panday’s father Chunky Pandey?