It is the spooky season and celebrities are already getting into the spirit of Halloween. Taking inspiration from her album 'Manic', musician Halsey transformed herself into Emily from Tim Burton's Corpse Bride. 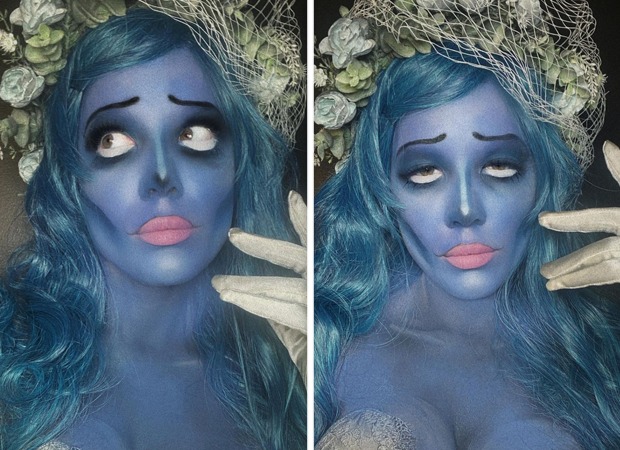 It definitely will haunt you. Sharing pictures from her Manic-themed look, she wrote, "It takes my breath away! Well it would if I had any..."

It takes my breath away! Well it would if I had any...

Another look that she created was monster-themed. "MANIC, but make it Horror. Whipped this up this morning," she captioned the post.

MANIC, but make it Horror. Whipped this up this morning.

Recently, the prestigious TIME Magazine has named Halsey, the 25-year-old singer, as one of the most influential people in the world. Not only she has had a very successful music career, but Halsey also continues to be an influential voice. The magazine released its most coveted and prestigious 'TIME's 100 most influential people' list of 2020 where widely popular band BTS penned endearing words for their long time friend and 'Boy With Luv' collaborator.