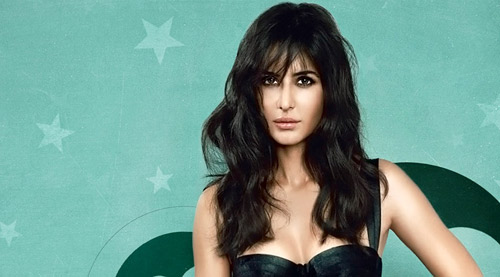 Almost a year after scoring a huge double century with Dhoom 3 (which just fell short of the triple century mark), Katrina Kaif is now back with Bang Bang which is quickly marching towards the Rs. 150 crore mark. If in the Aamir Khan starrer she was a dancer, in the Hrithik Roshan affair she is enacting the part of a simple girl who finds herself amidst chases, bullets and blasts. It all stays on to be fun though for Katrina who has now scored her fourth 100 crore success in a row after Ek Tha Tiger, Jab Tak Hai Jaan and Dhoom 3.


The biggest outcome of Bang Bang has turned out to be its action, which was also promoted as the USP, right?

Yes, in terms of action, I believe this is probably the best visual action film till date. I may be sounding biased but then I can't think of any other film in the recent times. Also, my personal style of action is such that it should be woven into the film. That way, Bang Bang is the first of its kind. It works both as a love story as well as an action film and which of the two factors you prefer depends upon you as a person. It is not a film where action comes as a set piece; it is inherently a part of the film.


For someone inherently beautiful as you, it took time to digest that you played someone unexciting who couldn't even find a nice boyfriend.

(Smiles) That was the beauty of it all. I think Sid (director Siddharth Anand) got that all sorted out really well. In fact, even when my friends saw the film, they told me that I didn't come across in the same manner as it has been in many other films. See, for the story to work, it was really important to showcase that this girl has not been dancing or partying; we had to make audience believe that. We had to show that perhaps maximum distance that she has covered is going for a date, and that too with not much of a great style. Otherwise how could she be so dumbstruck on seeing Hrithik for the first time?

Arrey, in that case she could well have gone like - 'Hey, so you cool, I am cool, we cool - we belong together'. But no, the idea was for her to get a shock of her life, first on seeing him and then knowing his reality. Otherwise if both would have been equally cool then Bang Bang could well have turned out to be just another film about two spies on the run.