After the massive ovation accorded to her latest film Gully Boy, Zoya Akhtar is in that calm space which a filmmaker can only claim when liberated from all burdens of box office commitments. So how does it feel to one of the foremost voices in the filmmaking scene today? Zoya tells Subhash K Jha

How are you celebrating the success of Gully Boy?
I am very very relieved. When you make a film you want it to connect with the widest possible audience. You are responsible for the actors and producers. You want a film to succeed for their sake. I am very lucky to have producers like Ritesh Sidhwani and Farhan Akhtar. They let me make whatever I want to. I wonder what other producers in their place would have said if I had gone to say, ‘I want to make a film about a hip-hop singer from Dharavi.’

It helps to have a super-creative brother as a producer?
Ritesh is not my brother. They would’ve said yes to Gully Boy even if someone else had gone to them about it. They want to push the envelope with their cinema.

Zoya, is there anyone in the entire universe who has not liked Gully Boy?
Ummmm…yeah there are some. One review was not very nice. And a friend didn’t like the film. I think she expected more. And I don’t think those who didn’t like the film would tell me so, on my face. I mean, who will come up to me and say, ‘I didn’t like your film.’

Did you expect a film about hip-hop music would reach out so far and wide?
It has reached out so far because of the class issue. A boy from the underprivileged class chasing his dream is a theme everybody identifies with. Somewhere it resonated with the entire population. I think the line from Gully Boy, ‘Kisske liye aasan hai?’ is true for everyone. No one gets success easily. Everyone has his own struggle. But it comes from the same place.

One of the things I really like in Gully Boy is that it normalizes the Muslim community; it doesn’t follow the clichéd cultural representation that we have grown up seeing?
Why just Muslim, no community or culture is normalized in mainstream Hindi cinema. I don’t think the characters are always written well. They caricature women, homosexuals, disabled people…It’s across the board…It’s not about a particular community or gender. They even caricature men in our movies….you know, that whole toxic masculinity thing. So what is ‘normal’ in our films?

The abnormal?
(Laughs) I guess. Most scripts operate on the level of conjecture…We see an IDEA of how woman should be, or how a homosexual should behave….Nobody is like that (the way shown in many films).

Why do you think mainstream cinema remains largely cut off from reality?
I don’t think it is always like that. Every decade has had mainstream filmmakers who give us believable, tenable characters. In the 1950s which I feel was the best era of Hindi cinema where entertainment combined with social consciousness, we had Bimal Roy, Raj Kapoor, Guru Dutt….Then in the 1960s the Hrishikesh Mukherjee started…

No, I think the so called middle-of-the-road cinema of the Hridshida, Basu Chatterjee, Basu Bhattacharya, Shyam Benegal started in the 1970s. 1960s was relatively non-intellectualised cinema…
You mean, Shammi Kapoor, Nasir Husain, Asha Parekh, the musicals? You have a point. Then the 1970s had the Angry Young Man….Mahesh Bhatt.. What about him? He was a big influence on Hindi cinema. 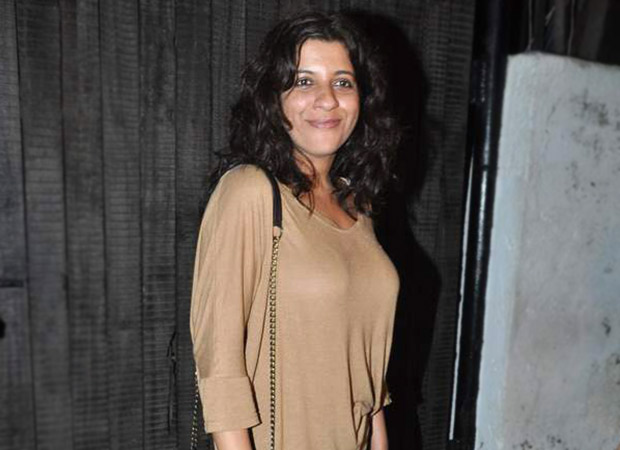 Who are the filmmakers who have influenced you?
There are many foreign directors. Among the Indian ones I’d say, Mira Nair, Shekhar Kapoor, Mahesh Bhatt and of course Guru Dutt, Satyajit Ray…I’ve seen all their work.

How did you decide to make a film on something as out-of-the-box as hip-hop music?
I was always interested in hip-hop music. I’d listen more to the American hip-hop musicians. Then I discovered the throbbing desi hip-hop culture. I had to interact with the Mumbai hip-hop musicians. Gully Boy reflects their struggle. I started exploring their world, their lives, their trials and tribulations. I needed to marinate in their world. I met them, their families. It was a huge unexplored world that opened up to me. I was completely hooked.

Well, the one criticism against your cinema so far was that it was elitist. That criticism had been felled by Gully Boy?
I really want to make my films on any and every kind of theme that fascinates me. Tomorrow I may decide to make a film about a Mexican family. I wouldn’t be bothered with which strata of society they belong to. I want to able to seek the humanity of my characters. I want to transcend the barriers of class and creed. The filmmakers that I admire are those who address themselves to the human spirit. As a storyteller I want to be able to make every kind of film. And by the way the protagonist in my short film in Bombay Talkies was a house help.

Alia Bhatt is a firecracker in Gully Boy. Did you create a special space for her in the film?
No, the role was written like that. Actually my co-writer Reema Kagti had written this character for another film. Of course we adapted the character to our own requirements in Gully Boy. Alia is brilliant in the film.

Everyone in Gully Boy is perfectly cast, were they all your first choices?
Yes, luckily no one said no to me this time. The credit goes to my casting directors for finding the right choices.

Who would say no to you?
Ha ha you would be surprised.

Your prized find is Siddhanth Chaturvedi. How on earth did you envision this boy from Uttar Pradesh as a Mumbai hip-hop artiste?
It just happened. He was the last to be cast. We were just three weeks away from shooting. And I wasn’t happy with anyone I had seen. Suddenly one evening I spotted him at a party. He was dancing like there was no tomorrow. And man, he could really move. I introduced myself. He said he knew who I was and he was dancing to show me what he could do. I called him for an audition the next day and that was it. Siddhanth was manna from heaven. If I hadn’t found him I would have had to compromise on my casting.

I feel Gully Boy is a film that was waiting to happen?
I agree. The entire hip-hop culture was opened up to us. We just needed to dip into it and come up with whatever we wanted to say on screen. It is an experience I won’t forget easily.