Ranveer Singh, the man of the moment, is busy shooting Zoya Akhtar's upcoming directorial Gully Boy. The film is inspired by the stories of Indian rappers Divine and Naezy. The actor will be essaying the role of a street rapper in the film. The film also stars Alia Bhatt in the lead. For the film, Ranveer has undergone several workshops to ace his character. From we have learned, the actor was recently shooting a railway station in Mumbai. 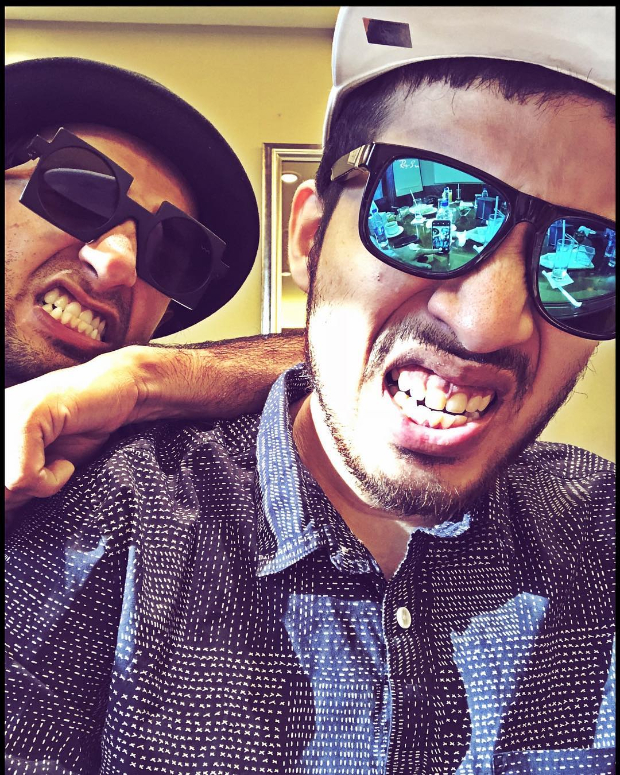 According to a report in a leading daily, Ranveer Singh shot a crucial sequence at Churchgate railway station in Mumbai. He was shooting a scene for Gully Boy while boarding the train. The shoot took place on Sunday as it would be less crowded compared to other days. The scene had 50- 60 junior artistes who travelled as his co-passengers. The crew shot the scene for a couple of hours and wrapped up around 5:45 pm. The security was heavily beefed up in the train.

Just recently, Ranveer and rapper Naezy had chill session together post the shoot. Since the prep began, the actor has grown fond of the several rappers. The actor often hangs out with them especially Divine and Naezy. Sharing a picture with Naezy aka Naved Shaikh, he captioned it, "Aane de Aane de Aane de ???????????? @naezythebaa #gullyboy."

Directed by Zoya Akhtar, Gully Boy will bring Ranveer Singh and Alia Bhatt on the big screen for the very first time. Although they have worked in a couple of ads for an e-com travel portal, this will be their first film together. This would be the second collaboration between Zoya and Ranveer after Dil Dhadakne Do. The film is slated to release on February 14, 2018.

Five colours you must have in your wardrobe…