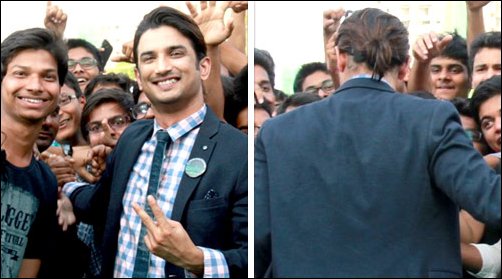 The long weekend is far from over with quite a few still on vacation mode. This Monday its time to jump start your week ahead with the famous mind teaser on Bollywood Hungama in the form of the Guess Who?


This week we feature an actor who made a transition from television to films back in 2013. Apart from his Bollywood debut film being a critically acclaimed one, this actor's performance certainly made the critics and audience take note of the new talent on the block. Following his successful debut, this actor was next seen in a film that met with a mixed response at the box office. However, he followed it up with yet another stellar performance in 2014. Currently, he is working on his next venture that is based on the life on a prominent Indian sporting personality.