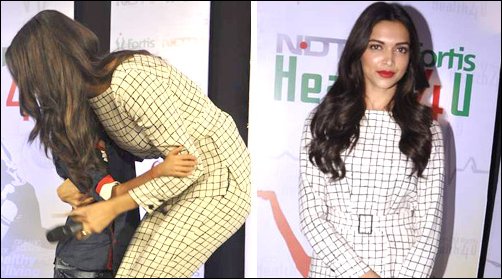 Its Monday again and time to get back to the week ahead, but what better way is there to jump start the week than the famous mind teaser on Bollywood Hungama in the form of the Guess Who?

This week we feature an actress who over time has carved a niche for herself within the industry. Be it her immense acting skill or her stunning good looks she has fast become one of the most sought after actresses in the industry. Known more for the roles she has played in the past, the actress was recently in the eye of a media storm that took social networking sites by storm. Currently working on multiple projects this actress has certainly come a long way since her debut back in 2007.

If you think you know who we are talking about then go ahead and give this week's Guess Who a shot and post in your answers below.