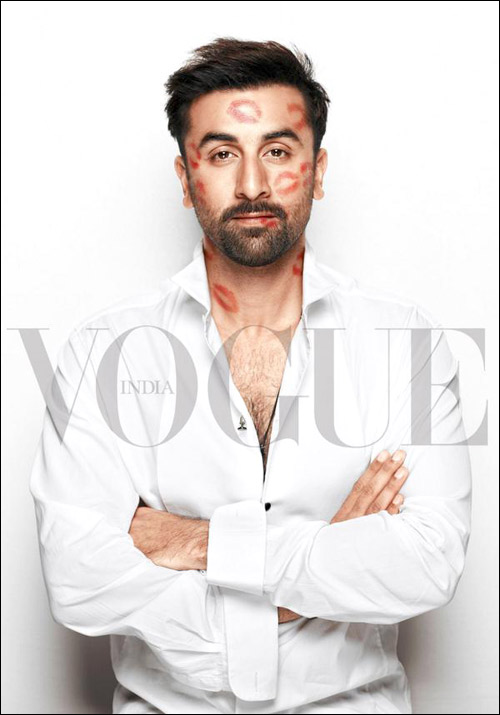 With women empowerment occupying the focus in almost every media hub, the magazine Vogue India too has decided to contribute and has initiated the campaign #VogueEmpower. The website titled VogueEmpower.in is dedicated to spread awareness and discuss social issues that women face in the day-to-day world.

From proper sanitation to protection of women, the website aims at raising discussions that concerns the life of women in different walks of life and many Bollywood celebrities have decided to take part in this campaign and pledge to make a difference by contributing in their own way. The Bollywood star who has been selected as the face of this campaign is none other than the youth icon Ranbir Kapoor. The actor posed for the campaign in a white shirt with lip stick marks all over his face and neck. Ranbir will extend his support to it by conducting an exhibition of photographs clicked by the actor himself of important women. The sales from those will be donated to the charities associated with Vogue Empower.

Apart from him, the director and actress of the upcoming film Shandaar, Vikas Bahl and Alia Bhatt too have pledged their support to Vogue Empower. They have decided to create a short film titled Going Home that will represent the story of contemporary women and their emotions, though set in an imaginary world. Also participating in this noble deed would be the director of Finding Fanny, Homi Adajania. Homi maintained that he will be making a film titled My Choice with Deepika Padukone in the lead. Quintessentially, the film will be monologue that talks about a woman's basic right to have a choice.