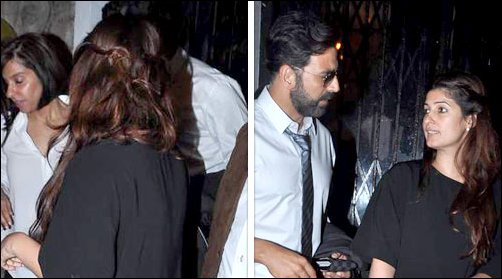 Its Monday again and time to jump start the week ahead with the famous mind teaser on Bollywood Hungama in the form of the Guess Who.


This week we feature a double guessing game, while the first is an actor who has made his name as one of the leading action stars in the industry. Coming from humble beginnings he fast shot to the limelight with his lithe yet powerful stunts. Today he is regarded as one of the leading actors when it comes to performing insane stunts for his films. More recently though this actor has been delving into the comic genre, however despite this he has managed to hold fast the audience imagination.


The second is the actor's wife who has been missing from the Bollywood scene for quite a while. However despite her non appearance in films she has retained her image of being one of the most beautiful actresses. In fact recently she even posed as the cover girl for a magazine.


If you think you know who we are talking about then go ahead and give this week's Guess Who a shot and post inyour answers below.