We all know that A R Rahman became a global celebrity after the music maestro won the much prestigious Academy Awards [Oscars] for Slumdog Millionaire a decade ago. Since then, the megastar musician has been one of the top composers not only in India but also in the international music scene. He was recently invited for the Grammy Awards which was held in Los Angeles, California and keeping him company was none other than his daughter Raheema Rahman. 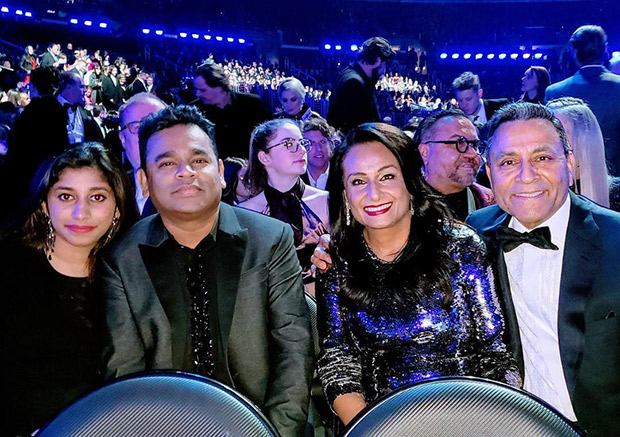 For the uninitiated, the Grammy Awards, which had many A-list Hollywood celebrities in attendance, saw the presence of A R Rahman who attended the ceremony with his daughter Raheema Rahman. The musician was all suited up and shared pictures from the venue, Staples Center where the award ceremony was held on his Instagram page. Besides that he also shared glimpses of the ceremony including some memorable performances

All set to go for Grammy Awards night !

With Mr and Mrs Dinesh Paliwal

A R Rahman, who has won two Grammys in 2010 for Slumdog Millionaire, found himself in the midst of an outrage recently when his daughter Khatija Rahman sported a niqab during an event recently. Netizens lashed out on the musician for his conservative thoughts. But the controversy soon ended with Khatija coming in defense and stating that she has been wearing niqab and hijab out of her own choice. The musician too supported his daughter’s choice on social media, adding that he is nowhere conservative considering that his other daughter Raheema and his wife never sport niqab or hijab.

Tahira Kashyap reveals the moment when she…