Want some good news? Here's one. Akshay Kumar and Kareena Kapoor Khan's Good Newwz has been in the news for the longest time, but the posters are finally out. For anyone who doesn't know, the film revolves around two couples, trying to obtain parenthood through IVF. However, there's a big-time goof-up, and the posters are proof. 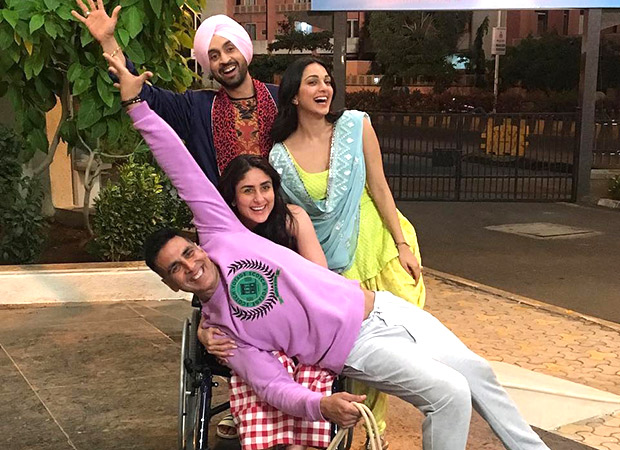 The first poster has an extremely confused Akshay squeezed in between two pregnant women. He was probably in for a surprise, and not a very pleasant one! ''Squeezing' in some #GoodNewwz for you this #Christmas season. Stay tuned, the biggest goof-up of the year is coming your way," Akshay wrote, sharing the poster.

The other poster features Diljit Dosanjh, who has been paired opposite Kiara Advani in the film. Diljit, albeit he is sandwiched between two pregnant women as well, flashes an amusing smile. "There’s always someone who ends up with the same #Christmas present as you," the caption reads.

The third poster has Kareena and Kiara, both pregnant, happily flaunting their baby bumps while the husbands look absolutely clueless!

Akshay and Kareena, who play a married and well-to-do couple, are reportedly trying for a baby in the film. Diljit and Kiara, a Punjabi couple, are of the same intention. We assume the pregnancy is where it all goes wrong!