It's superhero festive weekend. Gal Gadot starrer Wonder Woman 1984 has released in India, a day ahead of US release. Kicking off Christmas weekend on an exciting note, Hrithik Roshan took his family to watch the film. 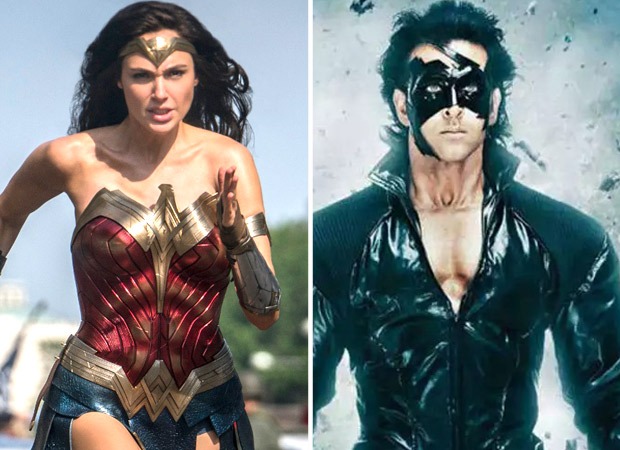 It was the first time since the lockdown Hrithik Roshan stepped out with his entire family to watch a film in theatres. Showering the film with praises, he wrote, "Just watched WONDER WOMAN. Exhilarating experience. My childhood crush(WW) and my first love( movies) together with the BIG cinema IMAX experience! Doesn’t get any better than this. Thank you @GalGadot for being the perfect WONDER WOMAN. And congratulations to the entire team."

Gal Gadot responded to the tweet this morning by saying, "So glad you enjoyed the movie @iHrithik! Wishing you and yours a happy holiday."

So glad you enjoyed the movie @iHrithik! Wishing you and yours a happy holiday.

Seeing superheroes Wonder Woman and Krrish interact on social media has sent the fans into a frenzy.

ALSO READ: Hrithik Roshan heads to cinema hall after months with his kids and ex-wife, shares his experience