Actress Maanvi Gagroo is well-known for her parts in Indian web series. The actress is most known for portraying Siddhi Patel in the Four More Shots Please series on Amazon Prime. She is one of the most well-known faces, garnered high appreciation for her performance in the show. Maanvi has also been in a slew of excellent web series, including the TVF's Tripling and Made in Heaven. She has also appeared in a number of Bollywood films, including Udjda Chaman, Shubh Mangal Zyada Saavdhan, among others. In recent years, the actress has gained a large following. The actress is currently popular thanks to her most recent web series, four more shots, in which she extensively experimented with her look. Maanvi isn't scared to try out various looks. On the series Four More Shots Please, Maanvi Gagroo was spotted wearing some of the sexiest and newest ensembles. Maanvi enjoys fashion and trends and is frequently spotted wearing the hottest ensembles in real life as well. 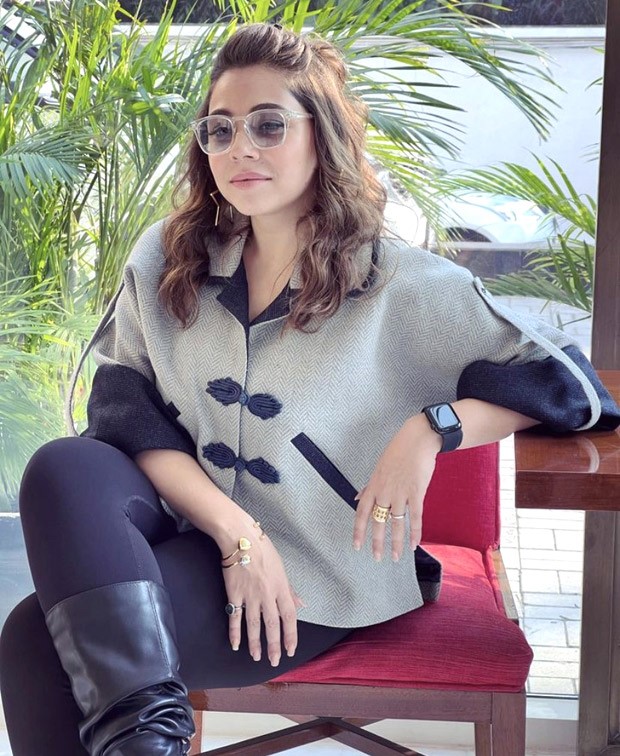 Maanvi Gagroo is unique, and we are certain of it. The actress is often on the go and exudes some elegant vibes with her stylish choices. This time, Maanvi appeared in winter attire but added a charming personal touch. It's time for women to step up their layering game with chic, cosier looks now that winter has arrived. You ought to follow Maanvi Gagroo's lead if you're planning your winter outfit. In her most recent post, she provided winter fashion tips. She is wearing a grey jacket with a herringbone weave pattern and well-created contrast details, which makes it the ideal winter jacket. The sleeves of her jacket are folded and fastened with small buttons. Two gorgeous thread enclosures that function nicely as buttons are on the front of the jacket. She wore her jacket with black thigh-high boots and jeggings. 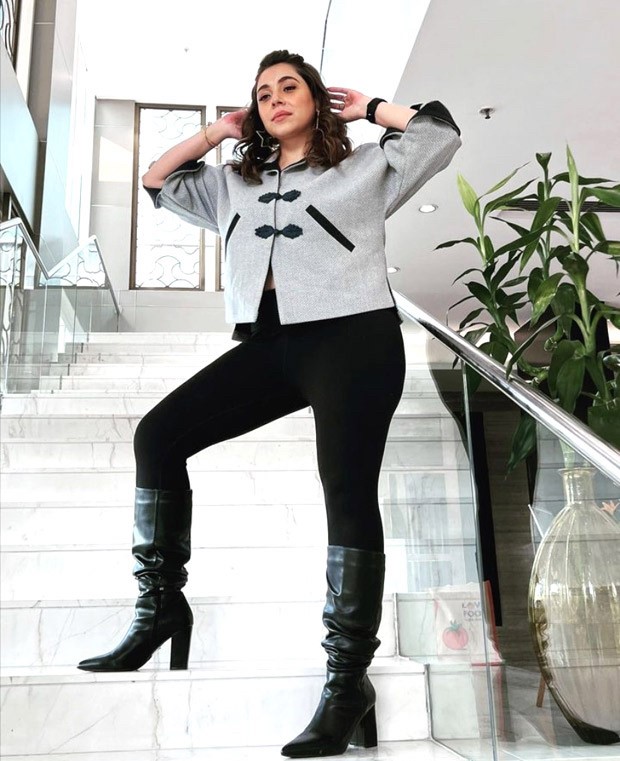