Since she initially arrived in B-Town, Bollywood actress Malaika Arora has given the film industry some of the most well-known dance moves. The 49-year-old actress has shown that age doesn't matter and she is just getting fine with age. Malaika began her career as a VJ, and after she ventured into the dance industry, the actress never looked back. With some of the most stunning hook steps and flawless movements and expressions, she danced her way directly into the hearts of the crowd. No party is complete until everyone has let their hair down and grooved to Munni Badnaam Hui, which says a lot about how charismatic and talented she is. Malaika has been missing out on a lot of action for the previous five years, but she is finally making a big comeback on screens. 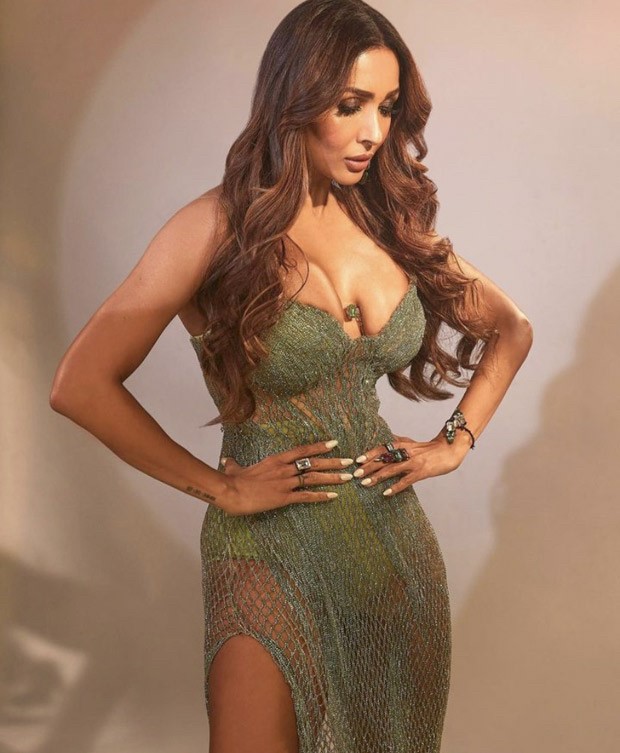 In the forthcoming movie An Action Hero, actor Ayushmann Khurrana will play an action movie star who also encounters life-threatening circumstances in real life. The second song from the soundtrack of the movie has been made public. The song, Aap Jaisa Koi, has Malaika Arora looking stunning as she dances to the version of the popular 1980 ballad. Malaika looked very lovely in the 'Aap Jaisa Koi' song video from An Action Hero, where she donned a glittering green-gold dress adorned with a translucent mesh overlay from Hana's racks. The strapless dress has a figure-hugging silhouette, a corseted bodice, a see-through skirt, and a thigh-high split on the side. It also has a plunging neckline with a chest bracket jewel. 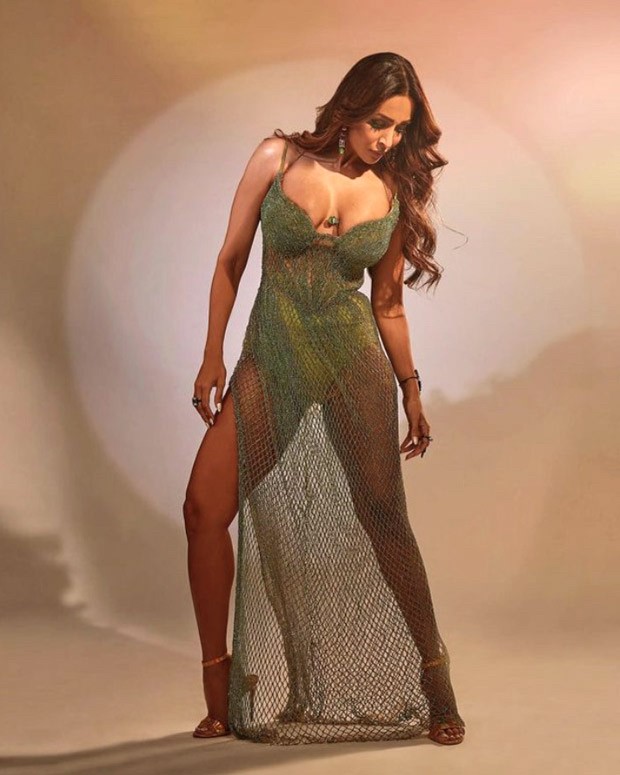 Meanwhile, Malaika Arora’s film career boasts of several popular item numbers. The actress makes it a point to look different for each appearance. She has been part of popular number Chaiyya Chaiyya with Shahrukh Khan. Munni Badnaam hui, Anarkali disco chali, Kaal Dhamaal are some of her popular dance numbers. 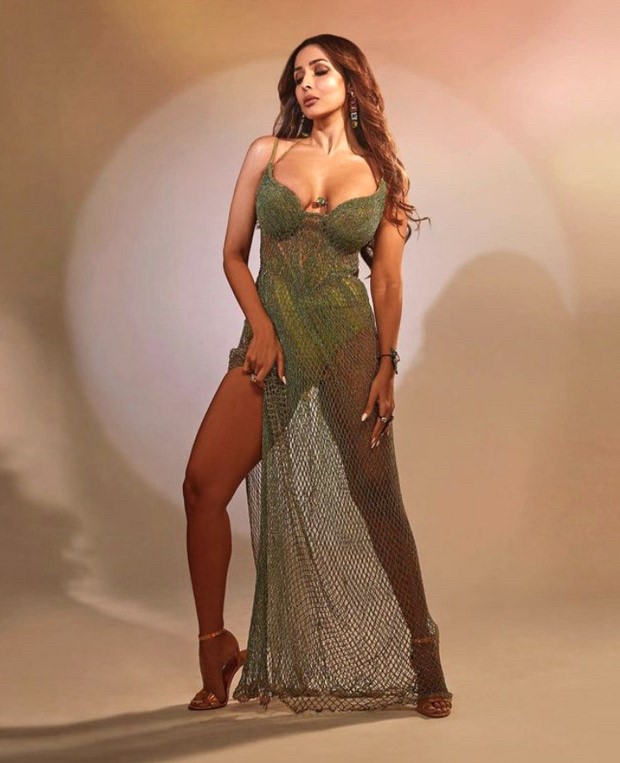 Also Read: Malaika Arora’s comfy printed co-ord Set worth Rs. 4K from The Label Life is the coolest way to unwind on weekends