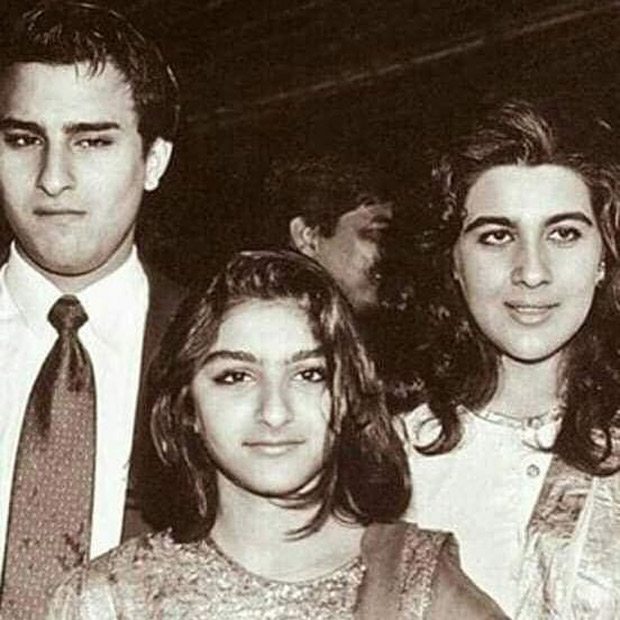 The rare monochrome photo of Soha Ali Khan accompanying brother Saif Ali Khan and her then sister-in-law Amrita Singh has taken over social media by a storm. Many fanclubs and others are sharing these photos on Instagram and other platforms. While Amrita Singh looked pretty with her short hairdo, Soha too had short hair then and was seen wearing ethnic outfit in this photo.

Soha Ali Khan has earlier maintained that she is not in touch with Amrita Singh much, considering that her brother Saif Ali Khan and Amrita Singh got divorced in 2005. The former couple has two children – Sara Ali Khan, who made her Bollywood debut with Kedarnath last year and Ibrahim Khan. On the other hand, Saif Ali Khan is married to Kareena Kapoor Khan and the couple has a boy named Taimur Ali Khan.

Coming to Soha, while she isn’t doing much of Bollywood projects, she recently turned author with the book The Perils of Being Moderately Famous. She is married to co-actor Kunal Kemmu and the couple has a daughter named Inaaya Naumi Kemmu.