Varun Dhawan, who recently wrapped up Street Dancer 3D, has begun his next film, Coolie No 1. He will once again collaborate with his father, David Dhawan for the remake of the 90s hit which starred Govinda and Karisma Kapoor in the lead roles. Sara Ali Khan will be starring opposite him and will take over the role of Karisma. Paresh Rawal will be stepping into the shoes of Kader Khan. The first schedule began in Bangkok this past week. 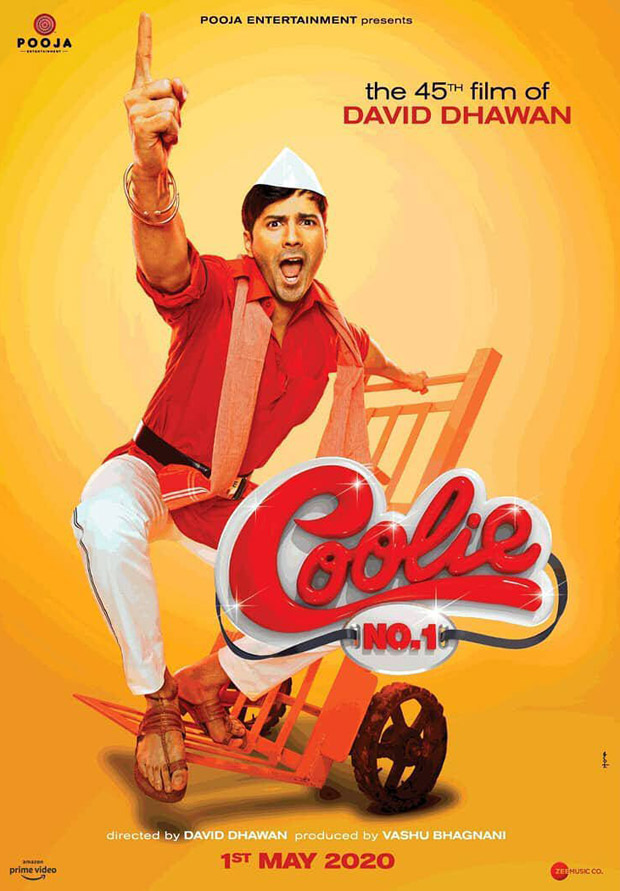 FIRST LOOK: Varun Dhawan and Sara Ali Khan make a quirky pair in this poster reveal of Coolie No 1

As Varun Dhawan is all set to play the role of coolie, Raju, we finally have the first look of the actor. The actor looks quirky in his Coolie avatar one can say and the actor is set to star as Raju.

In the first poster of the couple, Sara Ali Khan oozes oomph and stuns in her first look as she takes over the lead role in the film. The actress is seen opposite Varun as he dons the Coolie look. 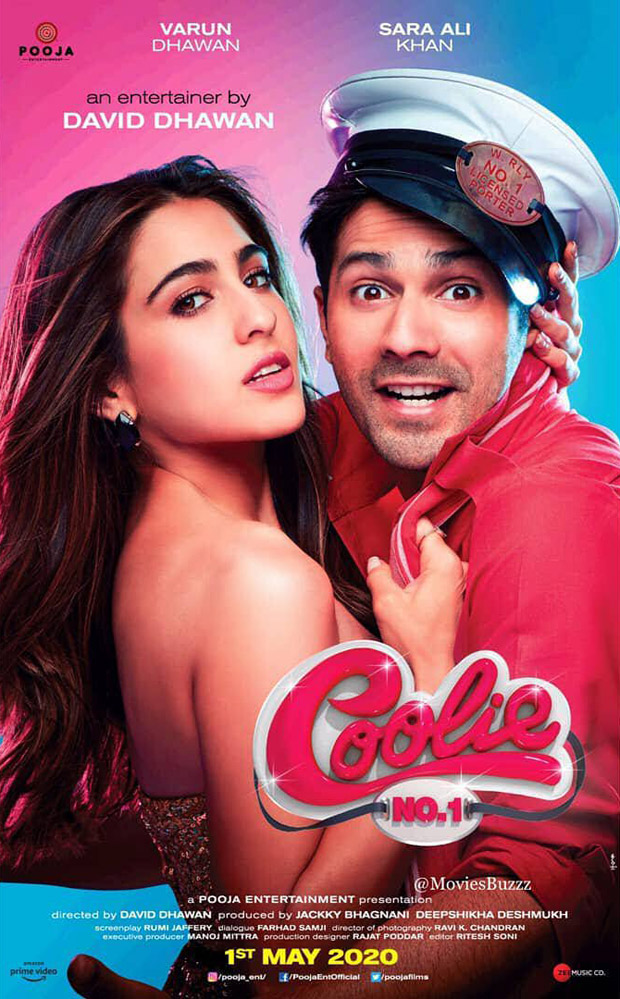 A day ago, Varun shared a sneak peek of the poster.  The film just went on floors in Bangkok and this teaser poster has created so much curiosity.

This will be the third collaboration between the father-son duo after successes of Main Tera Hero and Judwaa 2. The film featured some of the iconic songs including ‘Husn Hai Suhana’ and ‘Main Toh Raste Se Ja Raha Tha’ which will be recreated in the remake.

Pooja Entertainment's Coolie No 2, directed by David Dhawan, starring Varun Dhawan and Sara Ali Khan produced by Vashu Bhagnani, Jackky Bhagnani and Deepshikha Deshmukh, is all set to release on May 1, 2020.