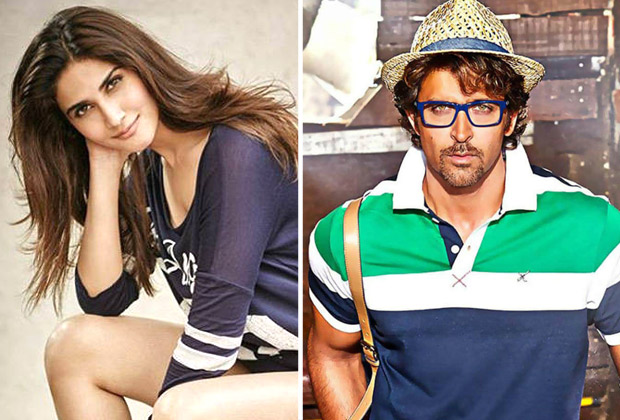 The Aditya Chopra directed film Befikre is a long way off from release. But thanks to its promo and the new song that has released, Befikre is now in the news. Well adding to this is none other than Bollywood’s Greek god Hrithik Roshan, who was floored after watching Vaani Kapoor’s moves in the recently released track ‘Nashe Si Chadh Gayi’.

Apparently, after watching the video of the track ‘Nashe Si Chadh Gayi’ that features Vaani and her co-star Ranveer Singh dancing on the streets, Hrithik called up Aditya praising him for casting Vaani in the film. If that wasn’t all, the actor also praised Vaani’s dancing prowess stating that he loved her dance and thinks that she is one of the best dancers he has seen yet. Further heaping praises on Vaani and the track itself, Hrithik added that ‘Nashe Si Chadh Gayi’ has all the makings to become the song of the year. Responding to praises an ecstatic, Vaani on her part commented that she hoped to be half as good as Hrithik is in the near future.

As for the film, Befikre that is directed by Aditya Chopra with Ranveer Singh and Vaani Kapoor in lead roles is slated to release in December this year.