While 2020 was a rough year on the media and entertainment sector, with most big-banner films being delayed due to the pandemic, 2021 is set to be a massive one for filmmakers and cinephiles, with a list of blockbusters all set to release post a long sabbatical. 2021 is set to feature a whole lot of superhits that you can watch and enjoy on the big screen. 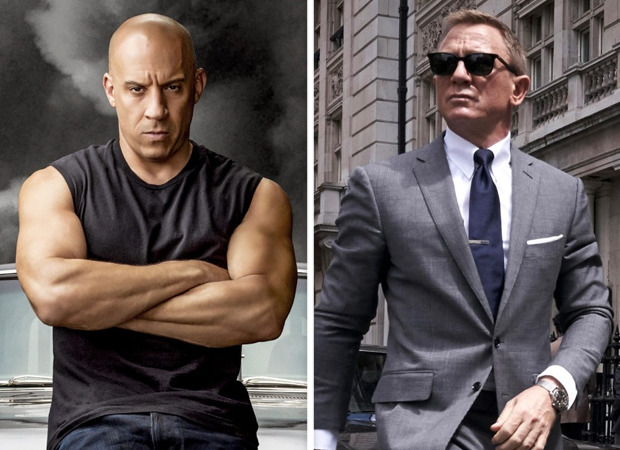 Here are five of them that will be hitting theatres this year.

NO TIME TO DIE
The 25th James Bond movie has been a rage all over the internet since its release announcement in 2019. It’s set to be a fitting finale for Daniel Craig, the longest-tenured Bond, who will be seen as 007 in the franchise for the last time. It’s time to see one of our favourite characters on screen living the spy life in picturesque locales, pulsating chase sequences, and making women go weak in the knees. Though the movie date seems to be jinxed it’s finally set to release this year. You can bet your bottom dollar that it will surely be worth the wait!

THE CROODS - A NEW AGE
This animated film is filled with adventure and comedy as The Croods learn to live with the Bettermans. Directed by Joel Crawford, The Croods – A New Age features the prehistoric Crood family who are in search of a safer habitat and discover an idyllic, walled-in paradise that meets all of their needs. The movie, voiced by Emma Stone and Ryan Reynolds, should definitely be on your watch list this year.

FAST AND FURIOUS 9
If there was ever a franchise that one never got bored of, this is it. The infamous action-packed series Fast & Furious is here with their 9th edition. Director Justin Lin has teamed with the best in the game - Vin Diesel, John Cena, Jordana Brewster, Michelle Rodrigues, Tyrese Gibson, Chris Bridges, Nathalie Emmanuel, Sung Kang, Helen Mirren, and Charlize Theron. This much-awaited sequel is set to arrive in theatres early this year ending years of wait.

NOBODY
The versatile Emmy-winner Bob Odenkirk is back with another masterpiece Nobody. It is said that this project is his biggest after the release of Better Call Saul. Odenkirk plays Hutch Mansell, an average suburban dad, who sets off on a path of vengeance after his family is targeted by a dangerous adversary.

MINIONS: THE RISE OF GRU
Let’s save the best for the last, these adorable little creatures with crooked teeth and sprout-cut hair will definitely bring people back to theatres. The movie shows how a young Gru becomes a world-class villain by pulling a fast one on the 1960s supervillains of the day.