Actor Chunky Panday turns a year older today and friends of the actor from the industry are taking to social media to wish him. Filmmaker Farah Khan took to Instagram to wish the actor with a throwback picture. In the picture, along with Chunky Panday are also seen, Sanjay Dutt and Sunny Deol. All three look totally unrecognisable in the picture. 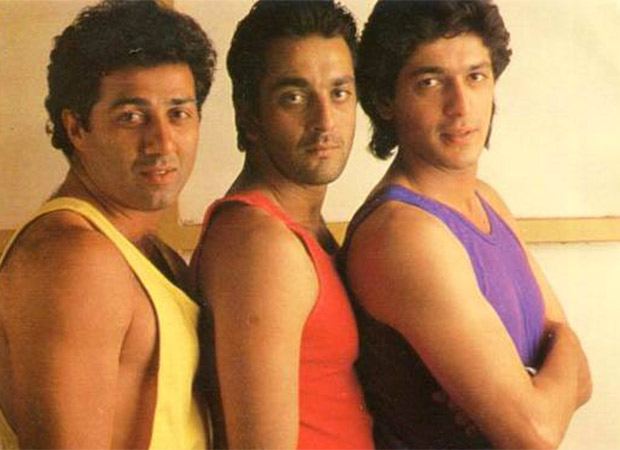 Sharing the picture, Farah Khan wished Chunky Panday. She wrote, “Happy birthday to the 1 who still looks the youngest!! ????. @chunkypanday hav the best year chunks”. Actor Sanjay Kapoor had a rather amusing observation about the photo. He commented, "CHUNKY’s arms looking bigger than Sanjay".

Happy birthday to the 1 who still looks the youngest!! ????. @chunkypanday hav the best year chunks????

Chunky Panday was last seen in the film Saaho playing a grey character. He will next be seen in the film Housefull 4 alongside Akshay Kumar, Bobby Deol, Riteish Deshmukh, Kriti Kharbanda, Kriti Sanon and Pooja Hegde. He will be reprising his popular character Aakhri Pasta in this fourth installment of Housefull.

Akshay Kumar too took to his social media handle to wish Chunky Panday. He also revealed Chunky Panday’s look from the film. The film is shot in two different timelines- 1419 and 2019 and will shoe actors portraying roles from two different eras. Akshay Kumar wrote, “Wishing you as many laughs that you spread as ‘Aakhri Pasta’. Happy birthday, my friend @ChunkyThePanday. Love and happiness always."

Wishing you as many laughs that you spread as ‘Aakhri Pasta’ ???? Happy birthday, my friend @chunkypanday . Love and happiness always ????

Also Read: Chunky Panday opens up about the highs and lows of his career, says sitting at home can be depressing

“DDLJ costumes were real but were dreamy and…